“It is difficult to make our material condition better by the best law, but it is easy enough to ruin it by bad laws.” 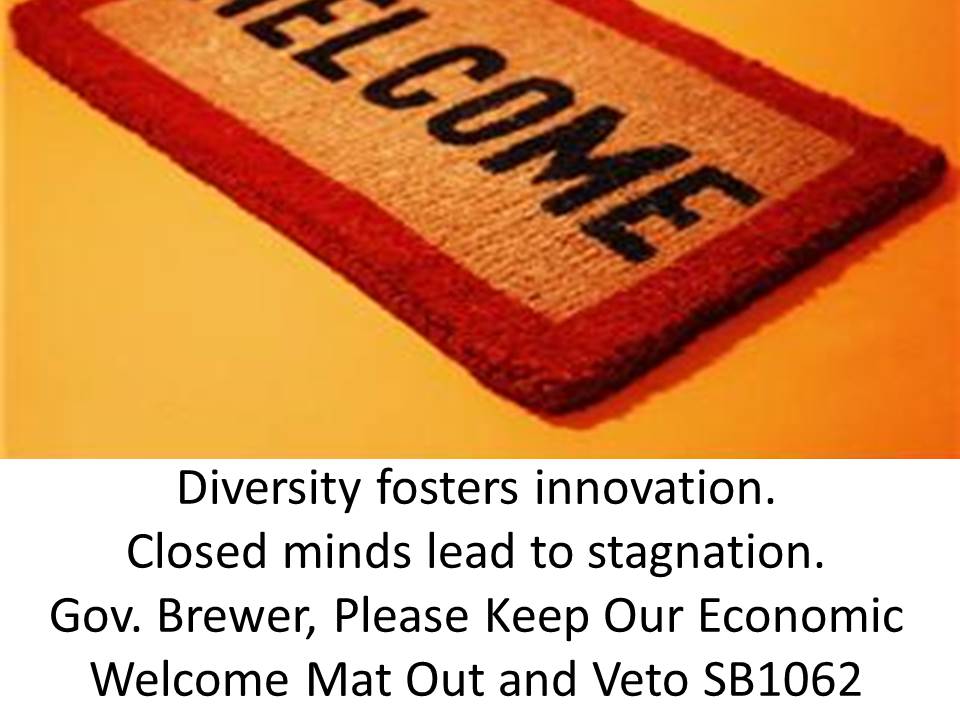 In our industry, we must pay equal attention to the good our products and services hope to provide and the negative side effects that may result as an unintended consequence.

Too often the unintended consequences of public policy restricts both freedom and economy. SB 1062: exercise of religion; state action is one such bill.

Instead of bringing our community together, it has served to divide us and bring a high level of notoriety to our state.  SB 1062 also has the potential to hamper our future growth.

View the bill on the Arizona State Legislature’s website .

Thriving communities and thriving economies are those that value diversity and put out a welcome mat to all not pull it away using “religious freedom” as a reason to restrict commerce or use one person’s religious beliefs as an excuse to make another feel unwelcome.

Arizona’s bioindustry is one based on innovation with the highest purpose,  that of using science to enhance, improve, and sustain life.  To achieve our goals, we must embrace the talents of diverse populations.   Everyone’s skills and talents are needed and valued as we work towards our purpose.

As Arizonans, we have all worked together to turn our economy around and we are succeeding.

On February 19, 2014, I had the opportunity to sit in the Senate gallery and listen as SB1062 was debated on the Senate floor.  I later watched online as the House held its debates prior its vote on February 20th.  I then went back and read the Fact Sheets and other materials around this bill and researched the isolated issues that have arisen in other states which were used as the basis of the argument by the bill’s sponsors.

“To know the laws is not to memorize their letter but to grasp their full force and meaning.”

Even before a national outcry once again was raised against our state and the satirical words started flying, I knew that this was a case of policy that could in fact carry seriously negative unintended consequences legally, socially, and economically.

Business leaders across our state are speaking up and speaking out.  It will be in the hands of Governor Brewer to make the final determination this week as to whether she will sign SB1062 into law or veto it.

SB 1062 has dangerous side-effects. I sincerely hope, that in the name of a strong and healthy Arizona, she does the latter.