The path for a cure for cancer will run through Phoenix.

Sit down with Phoenix Mayor Kate Gallego and bring up the subject of biosciences, you will experience a burst of energy and insight about the innovation in healthcare taking place across Phoenix, including the growth of businesses creating jobs, and a personal passion that, “the path for a cure for cancer will run through Phoenix.” 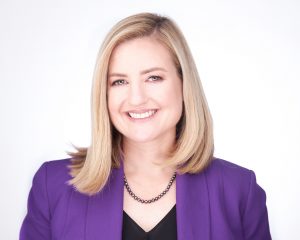 The City of Phoenix is home to globally recognized research institutes, brilliant researchers, physician scientists and entrepreneurs committed to advancing their technologies not only to fight for a cure for cancer but also to advance precision medicine for better treatments for both common and rare diseases.

Mayor Gallego has served the City of Phoenix since 2014, first as a Councilmember and then as Mayor, beginning in March 2019. She has made growing and strengthening the biosciences a personal and professional economic development priority.

Mayor Gallego regularly meets with innovators and industry leaders to foster the environment to catalyze precision medicine in the fight against cancer and other life-threatening diseases. Her efforts are making a difference as illustrated by the growth of bioscience businesses, jobs, wages, and a cluster of medical technologies which can benefit people worldwide.

Mayor Gallego has been committed to not only having Phoenix be recognized for its life science growth nationally, but internationally as well. Under her leadership, Phoenix has delivered  a robust presence at the largest gathering of bio industry leaders in the world – the BIO International Convention – for the last four years. This year, Mayor Gallego led a delegation of more than 40 life science leaders from Phoenix to BIO in San Diego in June. She was joined by 13 Phoenix life science entrepreneurs and researchers for an event that was attended by a national and international audience in the City of Phoenix Pavilion at BIO, and she kicked off BIO’s annual Start-Up Stadium event.  Mayor Gallego shared stories of how Phoenix is leading in the biosciences and stayed to cheer on three Phoenix companies who were finalists pitching their companies on the global stage.

For her dedicated efforts to build a thriving bioscience and healthcare community in her city, Phoenix Mayor Kate Gallego is being honored with the 2022 AZBio Public Service Award.