The project will leverage an existing online survey tool that researchers have used to investigate risk factors for Alzheimer’s disease. 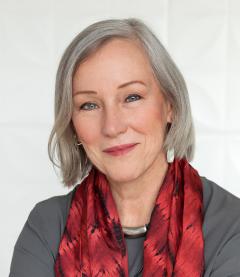 Lee Ryan, professor and head of the Department of Psychology in the College of Science at The University of Arizona.

The coronavirus is well known for attacking the lungs and causing coughing fits, difficulty breathing, fever and even deadly pneumonia. But what does it do to the brain?

A University of Arizona-led study aims to find out.

Lee Ryan, professor and head of the Department of Psychology in the College of Science, is the study’s principal investigator.

Earlier coronaviruses, Ryan said, have been shown to make their way from the lungs and nose – where the viruses live and breed – and into the brain through nerves that connect to the brainstem or directly to the brain.

But scientists are “still guessing” at whether the new coronavirus has the same effects, she said. Some COVID-19 patients have shown neurological symptoms such as nausea, vomiting, headache and a loss of taste and smell. The Centers for Disease Control and Prevention recently added the latter two to its list of symptoms of the coronavirus.

“This is kind of, in a way, an opportunity for us to actually follow people from the time we know they’ve had exposure to the coronavirus and follow them to see how they do cognitively,” said Ryan, who studies the aging brain and risk factors for Alzheimer’s disease and other types of dementia.

The study involves finding 2,000 people who have had COVID-19 or have recently shown symptoms of the virus. Luckily, Ryan and her team already have a mechanism to do this – a pool of about 50,000 people participating in an existing research project.

In 2014, Ryan and Matthew Huentelman, a research associate professor at the College of Medicine – Phoenix and a professor in the neurogenomics division of the Translational Genomics Research Institute, launched the MindCrowd research project in an effort to better understand the risk factors for Alzheimer’s disease.

About 140,000 people have participated in an online memory test on the MindCrowd website. Of those, roughly 50,000 have completed a battery of cognitive tests related to memory and processing speed and have agreed to remain in contact with the researchers for additional studies.

Those 50,000 participants will now receive surveys asking whether they’ve had COVID-19 symptoms over the past several months, been diagnosed with the virus or tested negative for it. Researchers expect to send the surveys sometime this month, Ryan said.

“That was part of the idea behind MindCrowd, was that not only would we get the one-time testing, but we would really make a relationship with a really large group of people who we could go back to and ask new questions of,” she said.

The 2,000 participants with the highest likelihood of having had the virus will be asked to complete cognitive tests that check aspects of their memory, executive functions, processing speed and more. They will also receive a test kit to obtain a blood sample from a finger prick, which will then be mailed back to the researchers. That collection process, scientists hope, could be completed in four to six months.

Once the blood samples have been sent back to the researchers, scientists with the Translational Genomics Research Institute, or TGen, will test them for antibodies at the company’s lab at Northern Arizona University. The presence of antibodies in blood samples will tell researchers who has been exposed to the coronavirus.

Researchers expect that of the 2,000 participants, about 500 will test positive for previous exposure to the coronavirus. The others will serve as controls, or subjects to which they can make comparisons.

The UArizona Center for Innovation in Brain Science is funding the project with a $60,000 grant.

“Drs. Ryan and Huentelman’s innovative MindCrowd platform is perfectly positioned for rapid global deployment to investigate the impact of COVID-19 on brain function and risk of Alzheimer’s disease. The Center for Innovation in Brain Science is proud to support this critical endeavor,” said Roberta Diaz Brinton, the center’s director.

Though MindCrowd came about long before the age of physical distancing, it’s conveniently compatible with today’s circumstances.

“The great thing about doing this in MindCrowd is that we can do this right now without doing any face-to-face,” Ryan said. “We’ve done this for other studies, and so we know that people will participate in these things by mail.”

In addition to Ryan and Huentelman, the study also involves researchers Meredith Hay, a professor of physiology and member of the university’s BIO5 Institute and John Altin, an assistant professor in TGen’s pathogen and microbiome division.

“This is really fundamental research that will apply precision medicine to our understanding of cognitive aging,” Hay said. “With enough data from the participants involved in the MindCrowd study, now also including COVID-19 diagnoses, we hope to be able to create individualized tools that can intervene where needed and preserve high cognitive function across the lifespan.”

The researchers hope to be able to provide the test results to participants, and TGen is working through a certification process to be able to do that, Ryan said.

The study, researchers hope, would be the start of a more comprehensive investigation of the effects of coronavirus on the brain, which requires following subjects over several years to study changes as they age, Ryan said. There’s growing federal interest in that type of work, she added.

“This would be an amazing cohort that would be well-characterized, would have baseline testing and that we could put in that pipeline to start following over a longer timeframe,” Ryan said.