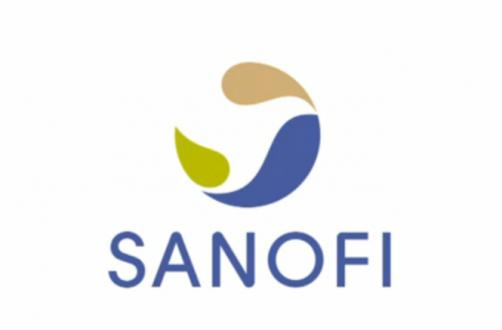 Paris, France – May 2, 2013 – Sanofi (EURONEXT: SAN and NYSE: SNY) announced today a new commercial organization to better align with its business priorities. The past four years have seen a significant shift within the company to become an integrated global healthcare leader focused on patients’ needs with increasingly diversified businesses. The new organization and subsequent appointments will be effective July 1st, 2013, following the previously announced retirement of Hanspeter Spek, President, Global Operations.

“The appointment of these two new leaders will enable us to strengthen our growth platforms and ensure the success of our new products to deliver a sustainable future for our company. Peter is a proven leader with a strong track record in achieving ambitious commercial objectives. His most recentexperience in Europe has prepared him well for driving growth in the rapidly evolving healthcare environment. Pascale’s diversified experience in healthcare and acute commercial focus will be a great addition to Sanofi. I am confident that her expertise in diagnostics and medical technology will reinforce our mission as an integrated global healthcare company.”

As Executive Vice President, Global Divisions & Strategic Commercial Development, Pascale Witz will be responsible for setting the strategic direction and guiding product development of the Group key businesses. She will have direct responsibilities for the Diabetes, Oncology & PCS (Pharmaceutical Customer Solution) divisions, as well as a new structure for consumer healthcare. As continued innovation and further development of our product portfolio are our priorities, she will work in close collaboration with R&D, to shape the profiles of new products and ensure the successful launch preparation. The implementation of new integrated health solutions, part of the ‘Beyond the Pill’ strategy, will be initiated from this organization.

Peter Guenter is currently Senior Vice President, Europe, appointed in July 2011. In his current position, Peter is in charge of over 30 country entities generating sales of over 7 billion Euros and employing over 9,000 people. Peter has been instrumental in successfully transforming Sanofi in Europe over the last 2 years. Throughout his career to date, which spans more than 25 years in the pharmaceutical industry, his strategic acumen and strong capabilities in leading countries have made him excellent in driving businesses in varied and challenging macro-economic environments.

Peter joined the Group in 1995 and held various positions in Belgium, France, Europe and Global Marketing, where, in particular, he has been instrumental for the worldwide success of Stilnox /Ambien and drove the development of Ambien CR. In 2000, he was appointed General Manager, Belgium. He continued to quickly rise through the group taking increasing responsibilities within the European organization and became Vice President for Eastern Europe, where he oversaw the European Union integration process of 10 countries who joined the EU in May 2004. After the acquisition of Aventis in 2005, Peter was appointed Vice President, Northern Europe and led the integration between Sanofi and Aventis in 10 countries. In 2008, he was appointed General Manager, Commercial Operations for Germany, where he transformed the affiliate in anticipation of the loss of patent of Plavix and Taxotere. In early 2011, he took up the position of Head of Multi-Country Organization for Germany, Austria and Switzerland, before being appointed Senior Vice President, Europe in July 2011. Peter started his career as a sales representative for SmithKline in 1986, and held a number of positions in marketing in Ciba Geigy and Parke Davis, before joining Sanofi in 1995 as Business Unit Director CNS/Urology in the Belgian affiliate.  Peter is Belgian and holds a Master’s Degree in Physical Education from the Faculty of Medicine and Health Sciences of Ghent University, Belgium. He speaks Dutch, German, English and French fluently.

Pascale Witz has been President & Chief Executive Officer of Medical Diagnostics at GE Healthcare since 2009. Based in the UK, it is a $2 billion plus leader in pharmaceutical and molecular diagnostics, used by physicians in the early detection, diagnosis, and management of disease.  Pascale started her career in a research lab before moving to marketing at Becton Dickinson France in 1991. She joined GE Healthcare in 1996 as Product Manager for the vascular business in France.  Over the years, she rose up through the company and developed a successful international career  within GE in Europe, Africa, Middle East and the US, working and leading many of GE businesses.  Prior to taking up the position of President & CEO of the medical diagnostics business, she was VP & General Manager for the Global Interventional Business for France and US (2008-2009).  Throughout her career within GEHC, Pascale Witz headed up a number of businesses. She was  General Manager, Computed Tomography (2006-2007), VP Sales & Marketing Services (2005-2006),  General Manager, Nuclear Medicine & PET (2002-2004), VP Information Technology and VP Six Sigma and Quality (2000-2001).  Pascale is French and holds a Master’s degree in life sciences / molecular biology from Institut National des Sciences Appliquées Lyon and an MBA from INSEAD.