The new Inflation Reduction Act was written in part to improve access to prescription drugs. But just like many potent drugs, the law too has side effects. As a small biotech drug developer, here’s the most toxic: It’s forcing me to choose to develop a drug for kids instead of a drug for their grandparents, when I could be developing both. 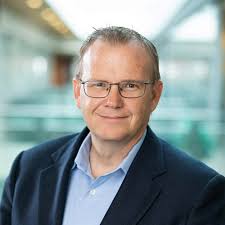 Steve Potts, PhD is the founder of the Arizona-based biotechs Serpass Biologics and Redrock Science.

To understand what I mean, it helps to understand the long odds of small molecule drug discovery.

Less than 5% of drug candidates actually make it to market, and it takes a decade of work to do so. One successful drug in 30 years of post-PhD drug hunting is considered a productive career. Ask a room full of retirement-age drug developers to raise their hands if they’ve cured cancer in mice: Nearly everyone would raise their hands. But ask the follow-up: “Raise your hand if you have a successful cancer drug approved for patients?” Just a few hands would go up.

My own career is a good illustration. Since completing my PhD at UC Davis in 1999, I’ve been involved in cancer drugs for more than 20 years, first from a pathology angle and over the last 10 years in small molecule and biologics drug development. I have only one drug to show for it. I’m one of the lucky ones.

At a small company called Ignyta, we successfully developed the drug entrectinib (now Roche/Genentech’s Rozlytrek). It is a well-tolerated pill with almost unheard-of response rates in difficult-to-treat, late-stage cancers that acts on a specific mutation called TRK. TRK ignores the classical organ divisions – so whether the patient’s cancer is in the lung, colon, breast, or thyroid, Rozlytrek can make an incredible impact. One patient with stage IV lung cancer had 15-20 brain metastases completely wiped out, and children with brain tumors had remarkable responses. These are what molecular oncologists call “Lazarus patients.” One oncologist pulled me aside and said, “Steve, I went to graduate school years ago in the hope that one day in my medical career I would see a response to therapy like we just saw in this patient.”

But this drug was designed to perfectly fit a very specific genetic mutation that presents in only one out of every 200 cancer patients; it’s more common in some rare childhood cancers and in adult head-and-neck cancers, but rare regardless. My role in this start-up company was figuring out a way to find these patients and making pathologists and oncologists aware of the need to test for these cancers globally.

My team of 12 PhD scientists scoured 16 countries to genetically sequence 30,000 patients’ tumors in two years to find the 50-100 patients we needed to test the drug. The company raised $400M of venture capital and after seven years was acquired; the drug was formally launched by Genentech in 2019. (As an illustration of American capitalism at its best, we had a fierce competitor with a similar drug, Loxo Oncology, and a third company has also recently delivered a new drug in this area.)

These drugs are expensive but competition is working as intended: Genentech was able to price our drug at half the competing drug’s price. And over time these small molecule treatments will go generic, ideally becoming inexpensive commodities. Before then, Genentech and the others reap their rewards, signaling to the biomedical innovation ecosystem that when someone is able to beat those long odds to advance patient care, they too will be rewarded.

Our system doesn’t always work perfectly. Sometimes reward periods last longer than intended by the patent system (and longer than the investors who funded the R&D expected or needed to justify their investment). So there are opportunities for making changes, but these changes must be made with caution to avoid unintended consequences that complicate drug development or pervert incentives. Which brings us back to the IRA and the bizarre choices the law’s side effects are forcing on drug developers (and on the investors who fund us).

I tell my family and friends biotech fundraising is like “Shark Tank for nerds.” I usually have just a few minutes to explain to a roomful of PhD and MD investors what our drug does, why I believe our data in mice will translate to a cure in people, and generally (hopefully) that my team and I know what the hell we are doing. I do this many times and expect to hear a lot of “no thanks.” At my last company, another cancer drug developer called OncoMyx, I had 100 plus “Shark Tank for nerds” meetings before I finally got the funds to start the company. To initially get the company going took 18 months of fundraising, working without compensation. We raised $25M and then a second round of $50M, and over the next three years saw the company into large-scale manufacturing and preparatory regulatory work for approval to begin clinical trials. Drug development is a long road.

But as you can see, this legislation reduces incentives for small molecules compared with biologics, and because it only affects drugs purchased by Medicare, it also reduces incentives for drugs that treat seniors. These aren’t theoretical changes, the law is already having an impact. Guess which of my two companies the investors we’re meeting with suddenly have IRA-related questions about?

At Redrock, the hope is that across solid cancers we can have the same “Lazarus effect” we saw in TRK patients, but in a much larger population – possibly up to 10% of some major cancers like colorectal and lung cancers. But Redrock has options: It can focus on childhood cancers or more typical cancers that affect older adults. (The odds of getting cancer get worse as you get older; while there are sadly plenty of exceptions, cancer is often called a “disease of the elderly.”)

There is another set of patients that might strongly benefit from Redrock’s dual targeting approach – those with a less common type of bone marrow cancer called myelofibrosis. None of the drugs available today stop the disease, they focus on fixing the side effects. The average age at diagnosis of myelofibrosis is 65 years, though, so risking capital post-IRA becomes fraught given how the law would cut into the drug’s revenues. A drug that treated a condition suffered by mainly younger people would avoid the law’s price-setting provisions.

It’s fairly clear which way the incentives are pointing Redrock. But is that the best direction for cancer patients? For the company’s long-term success? The IRA is distorting the biotech ecosystem in three ways:

Normally the focus on fundraising for a drug candidate like Redrock’s would be on our preclinical data, our clinical plan, the opportunity versus competition, and similar drug development themes. Instead, I am being drawn into trying to forecast the impact of the IRA on small molecules in ten years and asked whether small molecule portfolio valuations should be cut in half because more than half a drug’s profits accrue after its ninth year on the market.  These problems are usually the domain of companies years ahead of mine in commercial stages.

While I know that our Redrock compound has remarkable potential with many cancer patients, the IRA’s price controls make certain indications less fundable. Some investors are already suggesting that we focus on cancers affecting mostly young people and children and shelve myelofibrosis and many solid tumor areas where the drug has substantial potential among older cancer patients. Ironically, this is exactly the opposite of campaigns going on right now from Congress and NIH, where drug development is being encouraged to focus more on elderly populations!

3. Target the same populations with a needle-based biologic instead of a daily pill

This was a real investment question recently during a pitch: “Is there any way you can change from your simple small molecule daily pill approach in these cancers to making it a more complex biologic?” Imagine being in a board room with someone developing aspirin for the first time, and being asked to make aspirin into a needle-delivered format or delivered from an IV bag in a hospital instead of a pill? Entirely for economics! There would be no TRK drugs, no HIV small molecules, none of the recent oncology precision medicines like the previously ‘untargetable’ KRAS drugs or the EGFR Tagrisso that keep tumors at bay without the side effects of chemotherapy. The IRA is encouraging companies like mine to pivot away from small molecules that have highly predictable patent cliffs and toward biologics that do not.

These distortions are unfortunate but not unfixable. Congress should change the IRA small molecule cutoff to be the same as for biologics at 13 years. And it should continue to explore ways to ensure that biosimilars can play a bigger role in bringing prices down on biologics after patent expiry. Finally, by encouraging the development of multiple novel medicines with the same or similar mechanisms of action, Congress can boost competition even before drugs go generic, similar to how three TRK drugs have been approved in period of just a few years.

Cancer drug development focusses on two things. Efficacy and toxicity. Efficacy – does the drug do what you want it to do? Toxicity – are there any negative unintended side effects? With the IRA we need to ask ourselves the same thing: Does the Act do what it was intended to do without negative unintended side effects? Enacting the IRA as-is would be toxic to novel small molecule drugs for older patients, like the ones Redrock is developing and the TRK drugs before that. In trying to lower drug costs for Medicare patients, Congress has unwittingly steered companies and investors away from treating their conditions in the first place.