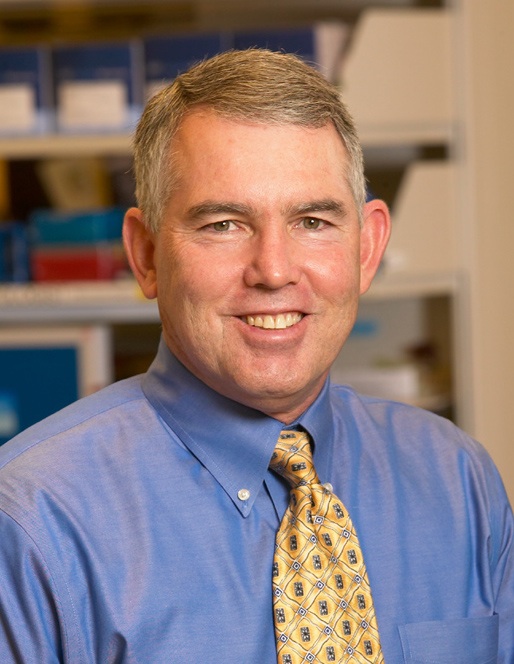 PHOENIX, Ariz. — March 23, 2014 — The cause of a rare type of ovarian cancer that most often strikes girls and young women has been uncovered by an international research team led by the Translational Genomics Research Institute (TGen), according to a study published online today by the renowned scientific journal, Nature Genetics.

The findings revealed a “genetic superhighway” mutation in a gene found in the overwhelming majority of patients with small cell carcinoma of the ovary, hypercalcemic type, also known as SCCOHT.

This type of cancer usually is not diagnosed until it is in its advanced stages. It does not respond to standard chemotherapy, and 65 percent of patients die within 2 years. It has affected girls as young as 14 months, and women as old as 58 years — with a mean age of only 24 years old. In this study, the youngest patient was 9 years old.

“This is a thoroughly remarkable study. Many genetic anomalies can be like a one-lane road to cancer; difficult to negotiate. But these findings indicate a genetic superhighway that leads right to this highly aggressive disease,” said Dr. Jeffrey Trent, President and Research Director of TGen, and the study’s senior author. “The correlation between mutations in SMARCA4 and the development of SCCOHT is simply unmistakable.”

Dr. Trent added that while the breakthrough is for a relatively rare cancer, discovering the origins of this type of ovarian cancer could have implications for more common diseases.

Much of the work in this study was inspired by the memory of Taryn Ritchey, a 22-year-old TGen patient who in 2007 lost her battle with ovarian cancer, the 5th leading cause of cancer death among American women.

“Taryn would be incredibly excited about this amazing new study, and she would be glad and thankful that other young women like her might now be helped because of TGen’s ongoing research,” said Taryn’s mother Judy Jost of Cave Creek, Ariz. “My daughter never gave up, and neither has TGen.”

The SMARCA4 gene — previously associated with lung, brain and pancreatic cancer — was the only recurrently mutated gene in the study’s samples. The implications of this discovery, therefore, may be widespread.

“The findings in this study represent a landmark in the field. The work identifies SMARCA4 mutations as the culprit, and most future research on this disease will be based on this remarkable discovery,” said Dr. Bert Vogelstein, Director of the Ludwig Center at Johns Hopkins University, Investigator at the Howard Hughes Medical Institute, and pioneer in the field of cancer genomics. He did not participate in the study but is familiar with its findings.

“The past decade of research has taught us that cancer is a vastly complex disease. Profound patient-to-patient variability has made treatment and diagnosis for many tumor types at times very difficult. In this case, however, we have found a single genetic event driving SCCOHT in nearly every patient,” said Dr. William Hendricks, a TGen Staff Scientist and another author of the study.

“We have shown that loss of SMARCA4 protein expression is extremely specific to SCCOHT and can facilitate the diagnosis of SCCOHT,” said Dr. Anthony N. Karnezis, a fellow at British Columbia Cancer Agency in Vancouver and one of the study’s authors.

“We set out to uncover any small sliver of hope for women afflicted with this rare cancer.  What we found instead are the nearly universal underpinnings of SCCOHT,” said Pilar Ramos, a TGen Research Associate, and the study’s lead author. “By definitively identifying the relationship between SMARCA4 and SCCOHT, we have high confidence that we have set the stage for clinical trials that could provide patients with immediate benefit.”

In a scientific rarity, two other studies with similar results also were to be published today by Nature Genetics, producing immediate validation and reflecting a scientific consensus that usually takes months or even years to accomplish.

The TGen-led study was supported by grants from: the Marsha Rivkin Center for Ovarian Cancer Research, the Anne Rita Monahan Foundation, the Ovarian Cancer Alliance of Arizona, the Small Cell Ovarian Cancer Foundation, and philanthropic support to the TGen Foundation. Further support was provided by the Terry Fox Research Initiative’s New Frontiers Program in Cancer, and the Canadian Institutes of Health Research.

For more information about TGen’s research into SCCO, or to participate in a future study, go to: http://www.tgen.org/scco.

About TGen
Translational Genomics Research Institute (TGen) is a Phoenix, Arizona-based non-profit organization dedicated to conducting cutting-edge genomic research to accelerate breakthroughs in healthcare. TGen is focused on helping patients with cancer, neurological disorders and diabetes, through cutting edge translational research (the process of rapidly moving research towards patient benefit).  TGen physicians and scientists work to unravel the genetic components of both common and rare complex diseases in adults and children. Working with collaborators in the scientific and medical communities literally worldwide, TGen makes a substantial contribution to help our patients through efficiency and effectiveness of the translational process. For more information, visit: www.tgen.org.