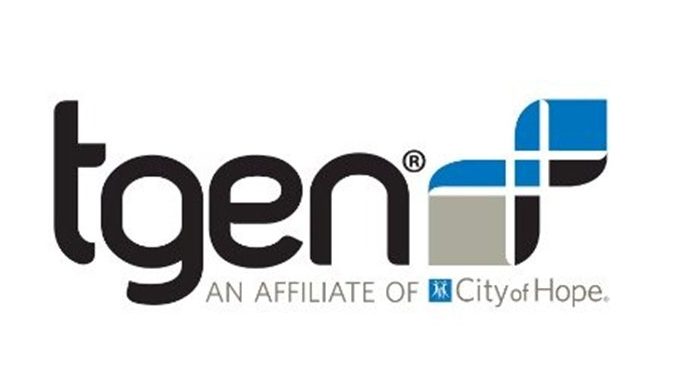 PHOENIX, Ariz. — June 18, 2019 — Results from a study of nearly 60,000 individuals suggest those at higher risk of developing Alzheimer’s disease due to family history may demonstrate changes in memory performance as early as their 20s.

Researchers from the Translational Genomics Research Institute (TGen), an affiliate of City of Hope, and the University of Arizona gathered the data through an online word-pair memory test called MindCrowd, one of the world’s largest scientific assessments of how healthy brains function.

The study results suggest that the family history effect is particularly pronounced among men, as well as those with lower educational attainment, diabetes, and carriers of a common genetic change in APOE, a gene long associated with Alzheimer’s disease risk.

While family history has previously been associated with the risk of Alzheimer’s, this is the first study of its kind, and in these numbers, that indicates this risk can be detected up to four decades before the typical age of onset. The study looked at 59,571 MindCrowd participants aged 18-85, and the effect of family history was shown across every age group, up until age 65.

“In this study we show that family history is associated with reduced paired-associate learning performance as many as four decades before the typical onset of Alzheimer’s disease,” said Dr. Matt Huentelman, TGen Professor of Neurogenomics, and the study’s senior author.

Because there is no cure or proven way of slowing progressive memory-loss among those with Alzheimer’s, early indicators of the disease can help those at risk to focus on ways to help stave off dementia.

“Risk reduction for Alzheimer’s disease is now more critical than ever due to the continued lack of a cure or effective disease-slowing treatment,” said Dr. Joshua S. Talboom, a Postdoctoral Fellow in TGen’s Neurogenomics Division, and a member of Dr. Huentelman’s lab.

“This study supports recommendations underscoring the importance of living a healthy lifestyle and properly treating disease states such as diabetes,” said Dr. Talboom, the study’s lead author. “Our findings specifically highlight the positive effects of such interventions for those with a family history risk of Alzheimer’s, opening the door to the development of more targeted risk-reduction approaches to combat the disease.”

In addition, this study underscores the utility of web-based participant recruitment to research studies like MindCrowd, facilitating large sample sizes in a cost- and time-effective fashion, said Dr. Lee Ryan, a University of Arizona Alzheimer’s researcher, who along with the UA’s Dr. Betty Glisky, helped Dr. Huentelman develop MindCrowd. Drs. Ryan and Glisky were contributing authors to the study.

“It should be acknowledged that that web-based studies are not without concerns. However, we propose that the advantage of considerably larger sample sizes and enriched participant diversity in online research mostly diminishes the potential disadvantages,” Dr. Ryan said.

The MindCrowd study (www.mindcrowd.org) began in 2013. By August 2018, it had nearly 60,000 qualified participants, whose performance is reflected in the study. Today, more than 115,000 people, aged 18-95 — from all 50 states and 150 nations around the world — have completed the MindCrowd assessment.

MindCrowd cannot tell you if you have Alzheimer’s. What it does give researchers is a set of data baselines about how people not suffering from the disease perform at different ages; among men and women, among those with quick and slow physical responses, among those who smoke and those who don’t, and among many other demographic, lifestyle and health factors.

Establishing these baselines will help researchers to more properly evaluate Alzheimer’s patients and usher in a new era of what the MindCrowd developers describe as Precision Aging.

Alzheimer’s is a progressive neurological disorder that typically presents clinically as deficits in memory and thinking. It is estimated that more than 5 million Americans are living with Alzheimer’s, and that by 2050 that number will nearly triple to almost 14 million.

The Arizona Alzheimer’s Consortium, the Norwegian University of Science and Technology, and the University of Miami also contributed to the study.

The authors also acknowledge the support of many individual donors, and the social media recruitment efforts of actors Lynda Carter, Valerie Bertinelli and Ashton Kutcher.

About TGen, an affiliate of City of Hope
Translational Genomics Research Institute (TGen) is a Phoenix, Arizona-based non-profit organization dedicated to conducting groundbreaking research with life-changing results. TGen is affiliated with City of Hope, a world-renowned independent research and treatment center for cancer, diabetes and other life-threatening diseases: www.cityofhope.org. This precision medicine affiliation enables both institutes to complement each other in research and patient care, with City of Hope providing a significant clinical setting to advance scientific discoveries made by TGen. TGen is focused on helping patients with neurological disorders, cancer, diabetes and infectious diseases through cutting-edge translational research (the process of rapidly moving research toward patient benefit). TGen physicians and scientists work to unravel the genetic components of both common and complex rare diseases in adults and children. Working with collaborators in the scientific and medical communities worldwide, TGen makes a substantial contribution to help our patients through efficiency and effectiveness of the translational process. For more information, visit: www.tgen.org.