Northern Arizona University will hold its fall commencement ceremonies next week. Honorary degrees to be awarded to Dr. Jeffrey Trent, president and scientific director of the Translational Genomics Research Institute in Phoenix along with Robert Breunig, the president and chief executive officer for the Museum of Northern Arizona. 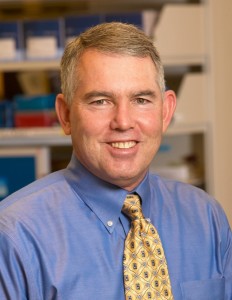 As about 2,500 students line up to receive their bachelor’s, master’s and doctoral degrees during two ceremonies scheduled for Dec. 19 in the J. Lawrence Walkup Skydome on NAU’s Flagstaff Mountain Campus they will also see  NAU recognize two nonprofit leaders for their partnership with NAU and support of education in Arizona.

NAU will award an honorary degree to scientist Jeffrey M. Trent during the 10 a.m. ceremony. Trent is the founder, president and scientific director of the Translational Genomics Research Institute in Phoenix. Founded in 2002, TGen’s mission is to transform genetic research into breakthroughs in medicine. Trent helped bring genomics and genetics research to Flagstaff by opening TGen North and establishing the partnership that created NAU’s Center for Microbial Genetics and Genomics.

NAU will award a second honorary degree during the 3 p.m. graduation ceremony. That degree will go to Robert Breunig, the president and chief executive officer for the Museum of Northern Arizona.

Since that time, he has helped the museum regain its accreditation from the American Alliance of Museums, constructed the LEED platinum Easton Collection Center and secured more than $2 million in grants. He is also a member of the Flagstaff Forty, commissioner on the Arizona Commission on the Arts and past president of the Flagstaff Rotary Club.