Brain State Technologies (Scottsdale, Arizona) has  announced that use of their allostatic neurotechnology was associated with positive effects for the cardiovascular system and reduction of inflammation, in individuals with diverse health conditions. The findings are being presented at the Council on Hypertension of the American Heart Association, meeting in Orlando, Florida from September 14-17.

The Brain State Technologies intervention is high-resolution, relational, resonance-based electroencephalic mirroring, or HIRREM®. HIRREM uses software algorithms to translate the brain’s electrical frequencies into audible tones of variable pitch and timing. These “brain sounds” are mirrored to the user in real time via ear buds, to permit the brain to continuously update itself with respect to its own activity patterns. HIRREM stands in contrast to neuromodulation techniques which are based on direct electrical stimulation of the brain, often without attention to an individual’s unique and changing brain state. Also, distinctively, HIRREM aligns with the physiological model of allostasis, which recognizes the brain as the organ of central command. Studies to evaluate HIRREM have been conducted by a team of researchers from Wake Forest School of Medicine (Winston-Salem, North Carolina) and Brain State Technologies since 2011.

In their first study, researchers reported that 10 subjects with hypertension, who received an average of 18 HIRREM sessions over 4 weeks, showed reductions in their average systolic blood pressure from 152 to 136, and reductions in their diastolic pressure from 97 to 81. There were also improvements in variability of the heart rate, suggesting greater capacity for the cardiovascular system to adapt to the changing needs of the environment.

In the second study, 52 individuals with self-reported migraine used HIRREM and also demonstrated improvement in heart rate variability, as well as a decrease in their mean arterial blood pressure. A subset of them completed questionnaires about their migraine-related disability, and on average their scores shifted from the level of severe to moderate disability. In the third study, use of HIRREM by 25 health care workers was associated with cardiovascular improvements as well as significant reductions in symptoms of insomnia, depression, and post-traumatic stress.

The fourth report involved 18 military service members, or veterans, including elite special operations warriors. After receiving daily HIRREM sessions over the course of less than two weeks, these participants also showed significant improvements in autonomic cardiovascular regulation, and a reduction in their levels of C-reactive protein. C-reactive protein is a blood-based marker of inflammation that is elevated in many chronic diseases, and is a risk factor for poor health outcomes. 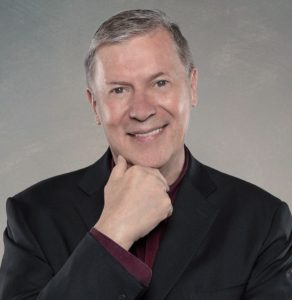 Lee Gerdes, developer of the HIRREM methodology and Founder and CEO of Brain State Technologies

Lee Gerdes, developer of the HIRREM methodology and Founder and CEO of Brain State Technologies, states that “We are extremely pleased by these findings, as we believe that the next true revolution for heart health will occur through the regulatory power of the brain, which our technology supports.”

As to the mechanisms through which HIRREM may produce benefits, studies from the Brain State-Wake Forest Baptist team and others point to the importance of facilitating adaptive forms of symmetry in activity between the two sides of the brain. According to the Director of Research at Brain State, Dr. Sung Lee, ”Many studies have shown that the right and left hemispheres make different contributions to regulating the autonomic nervous system, which manages arousal levels through the ‘fight or flight’ and ‘freeze’ responses. Dominantly high activity at the right temporal lobe when someone is at rest, for example, may indicate a brain state of persistently high arousal that could produce hypertension.”

Funding for the studies was provided by research grants from The Susanne Marcus Collins Foundation, Inc., and the Office of the Under Secretary of Defense (Acquisition, Technology, and Logistics), United States Department of Defense, via a contract with the US Special Operations Command.