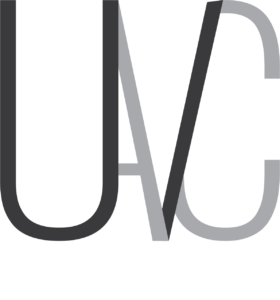 The founders of UAVenture Capital have announced the launch of a new venture capital fund designed to support the commercialization of University of Arizona science, services and intellectual property.

The announcement was made by UA President Robert C. Robbins and Fletcher McCusker, co-founder of UAVenture Capital, the business driver behind the UA College of Pharmacy startup SinfoníaRx Inc.

UAVC is now in the process of raising money toward its target of $100 million for the second fund.

“UAVenture Capital is providing the resources that are needed to carry University of Arizona discoveries to their full potential,” Robbins said. “We are very grateful for the partnership of Fletcher McCusker and UAVenture Capital. Their work in behalf of the UA not only supports innovations that benefit the world, but it also helps put the university and Tucson on the map as a place where ideas can become reality.”

With the help of Tech Launch Arizona – the UA office that commercializes inventions stemming from research – SinfoníaRx was sold to Tabula Rasa HealthCare in September 2017. McCusker and fund principals Larry M. Hecker and Michael N. Deitch used proceeds from that sale to reinvest in the community, starting the first UAVC fund in 2018.

“We are thrilled to help fuel the UA innovation ecosystem,” McCusker said. “The activity is more robust that we imagined, and we’re attracting national and international attention. We see huge gains in our region’s reputation as a startup harbor.”

“The UAVC’s focus on University of Arizona startups illustrates the strength of the research and intellectual property being developed here,” Hockstad said. “We are extremely excited about the growth of venture capital resources and look forward to working closely with Fletcher and the UAVC to support the success of UA startups and the economic development of this region.”