If the bacterium involved in a host of digestive maladies isn’t eradicated after treatment, that could indicate a resistance to antibiotics — and that’s worrisome.

Gastritis resulting from infection by the H. pylori bacterium 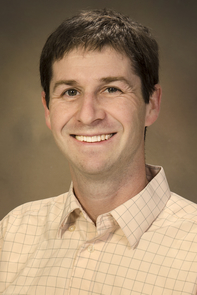 It was long thought that gastric ulcers and other digestive woes were brought about by stress. But in 2005, clinical fellow Barry J. Marshall and pathologist J. Robin Warren were awarded the Nobel Prize in Physiology or Medicine for recognizing the role of Helicobacter pylori in gastritis and peptic ulcer disease.

Now physicians can point their collective fingers at H. pylori when it comes to a host of gastric maladies in their patients.

With this in mind, researchers from the Mel and Enid Zuckerman School of Public Health at the University of Arizona conducted a study into whether U.S. physicians consistently adhere to American College of Gastroenterology guidelines for caring for and managing patients with H. pylori infections. Guidelines include when and how to test for H. pylori, as well as when and how to treat the pathogen once someone has been infected.

Caring for and managing these patients is important not only because of the serious potential morbidity associated with H. pylori infections, but also because these infections are linked to gastric cancer.

Through an online survey of gastroenterologists in the U.S., the researchers found that physicians’ adherence to a number of the current ACG guidelines was low. The results were published online April 27 in the journal Preventive Medicine.

Eyal Oren, UA assistant professor of epidemiology and one of the senior authors of the study, says that most physicians followed the guidelines for testing patients they suspected of having H. pylori infection when the patients came to them with likely risk factors, such as a previously diagnosed peptic ulcer or dyspepsia.

“You shouldn’t be testing everybody, but if there are reasons to believe that a test for H. pylori may come back positive, and it does come back positive, you should go on to treat,” says Dr. Traci Murakami, previous gastroenterology fellow at the UA and graduate of the clinical and translational research graduate certificate at the Mel and Enid Zuckerman School of Public Health, now an assistant clinical professor of medicine at the University of Hawaii, Manoa, and lead author of the study.

In fact, the researchers found that a higher proportion of physicians than in years past treat patients after a positive H. pylori test, with 84 percent of the respondents indicating they would do so, Oren says.

“Only half of gastroenterology physicians check for eradication,” Murakami says. “I think that’s key because knowing if a patient eradicated the H. pylori versus whether they still have the infection may indicate that they may have a more resistant type of H. pylori that didn’t respond to the initial antibiotic and would require different antibiotics to eradicate it.”

Given that H. pylori is a human pathogen and linked to an increase in gastric cancer risk, some have called for its global eradication. However, some people are colonized with H. pylori from birth and experience no ill effects from it until much later in life, if at all.

No matter, the researchers concluded that the “adaptation of a ‘test, treat and retest strategy’ to confirm eradication after treatment is an area that could be improved.”

H. pylori is a risk factor and designated as a carcinogen by the World Health Organization.

“If we could identify it early and identify it in more people, we might be able to reduce the risk of people developing stomach cancer in the future,” Murakami says.

The research was funded by the Art Chapa Foundation for Gastric Cancer Prevention.