Two patents have been awarded to the UA based on the novel approach of ProNeurogen to treating diseases causing memory loss and cognitive impairment.by Paul Tumarkin, Tech Launch Arizona 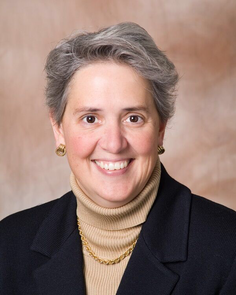 Billions of dollars are spent each year on health care costs related to the treatment of patients with inflammation-related brain disorders such as vascular dementia, yet no FDA-approved therapies exist for for these conditions.

In 2013, Meredith Hay, a physiology professor at the University of Arizona’s College of Medicine – Tucson, started ProNeurogen Inc., a company based on inventions rising out of research in neuroscience and cardiovascular neurophysiology by Hay and her colleagues.

The U.S. Patent and Trademark Office has awarded two patents to the UA based on the team’s novel approach to treating diseases causing memory loss and cognitive impairment. One was awarded June 6 and the other Oct. 24. The patents, both licensed to ProNeurogen, serve as the cornerstone for ProNeurogen’s drug development program.

“There is a great and rapidly growing human need for therapies to treat inflammation-related brain disorders,” Hay said. “No family goes untouched by cognitive impairment and diseases leading to increased risk for Alzheimer’s disease. The new therapeutics being developed based on the intellectual property ensconced in these two patents have significant potential for treating these diseases and improving the lives of millions of patients and their families.”

Hay collaborated with Tech Launch Arizona, the UA office that commercializes inventions stemming from research, to patent and license the technology.

Rakhi Gibbons, associate director of biomedical and life sciences licensing for TLA, noted: “Research being conducted at the University of Arizona and commercialized by TLA offers dynamic solutions to real human problems. We’re pleased to provide the segue from research labs to human bedside.”

The technology covered by the patents is a novel peptide therapeutic that targets the treatment and prevention of inflamation-related brain disorders, including vascular dementia. ProNeurogen Therapeutics, a subsidiary of ProNeurogen Inc., is developing these therapeutics.

ProNeurogen is led by Hay, president; Dr. Bruce Coull, professor of neurology and medicine at the College of Medicine – Tucson, chief medical officer; Rodney Lax, director of peptide chemistry; and Christopher Holmes, director of CMC and regulatory compliance. The company is supported by a science advisory board comprised of experts in neuroscience, vascular dementia, neurophysiology, psychology, peptide chemistry, glycoengineering and drug development.

Hay, one of the inventors of the peptide, brings 25 years of neuroscience and cardiovascular neurophysiology to the table and is a tenured professor at the College of Medicine – Tucson. She has generated more than $10 million in external research and development funding and has secured nearly 20 National Institutes of Health and related grants. In addition to serving as a professor of physiology, she is a member of the UA’s Evelyn F. McKnight Brain Institute and the BIO5 Institute, a professor of psychology and a professor physiological sciences with the Graduate Interdisciplinary Program. She served as executive vice president and provost of the University from 2008 to 2011. Co-inventors of the technology include John Knohilas, Department of Physiology, and Robin Polt, Department of Chemistry and Biochemistry.

“The work underlying the awarding of these two patents exemplifies the kind of ground-breaking and life-changing innovations being developed at the University of Arizona,” said Dr. Charles B. Cairns, dean of the College of Medicine – Tucson. “These technologies will help patients and their families both in Arizona and across the nation.”