Researchers at the University of Arizona College of Medicine – Tucson suggest liquefied brain fluid may be one cause of dementia after stroke. 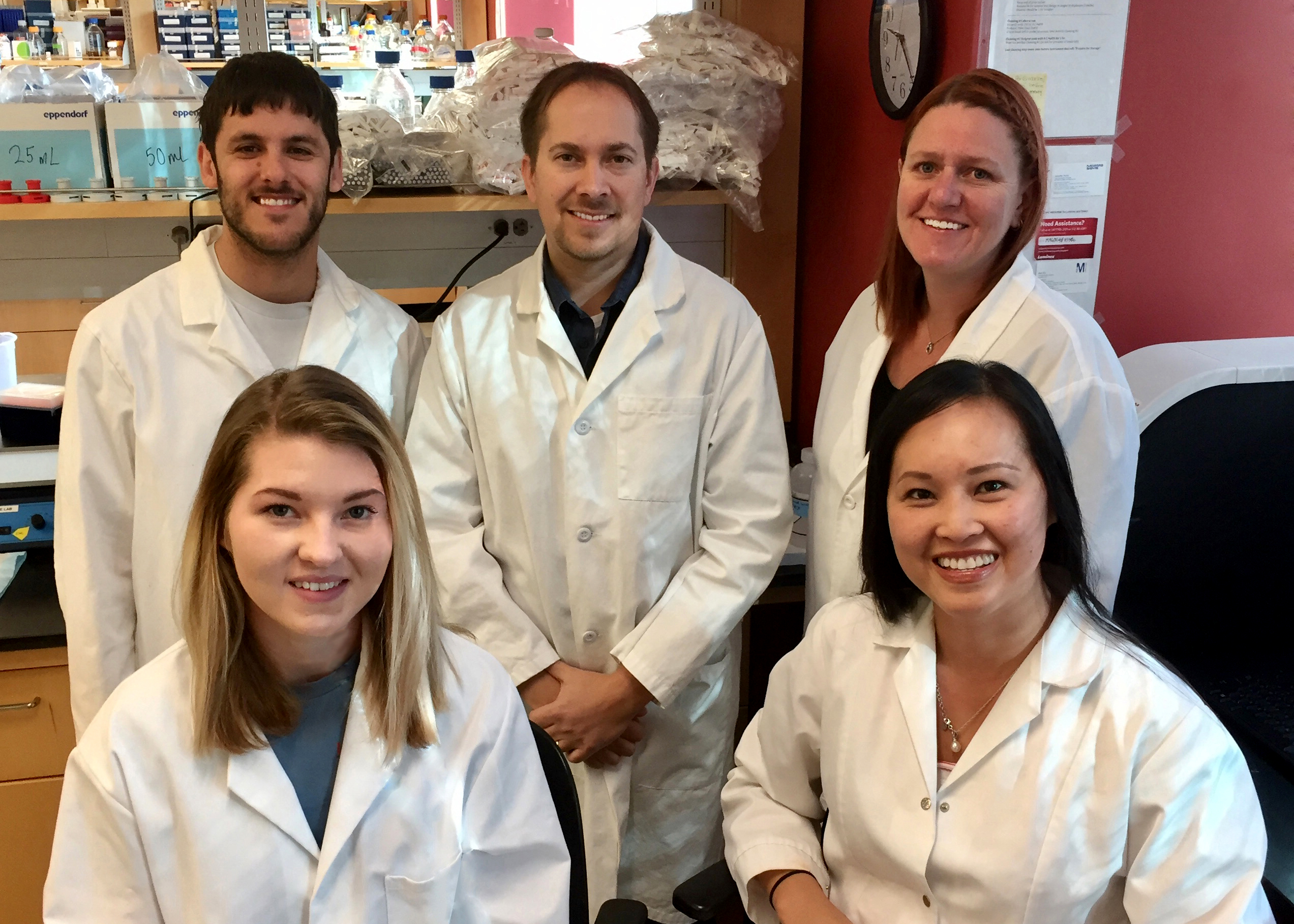 TUCSON, Ariz. – Scientists have known for years that the brain liquefies after a stroke. If cut off from blood and oxygen for a long enough period, a portion of the brain will die, slowly morphing from a hard, rubbery substance into liquid goop.

Now, researchers at the University of Arizona College of Medicine – Tucson have discovered that this liquefied, dying brain tissue is toxic — and can slowly leak into the remaining healthy portion of the brain, potentially causing harm. The new findings may open the door for developing new treatments to ward off dementia after stroke; they are described in the April 2018 issue of Neurobiology of Disease.

“Most people probably assume that the brain heals in the same way as other tissues,” said  Kristian Doyle, PhD, an assistant professor in the UA Department of Immunobiology. “But it doesn’t; dead brain tissue doesn’t just heal and go away like other bodily injuries. Instead it liquefies and remains in this liquefactive state for a long time.”

To better understand this dying fluid, Dr. Doyle and his laboratory team studied mice that had experienced strokes. First, the researchers extracted fluid from the area of liquefaction and tested its toxicity by placing it in a petri dish with living neurons. After four hours, more than 50 percent of the neurons in the dish had died, compared to neurons that were placed in a dish with regular, healthy brain fluid.

A time-lapse showing dye injected into a damaged area of the brain seven weeks post-stroke (upper left corner). The dye has spread past the glial scar barrier after six and 12 hours of injection. Click the image to view a larger version of the results. (Photo courtesy of Kristian Doyle, PhD / UA College of Medicine – Tucson. )

The researchers then evaluated how well this toxic fluid was sealed off from the surviving brain.

Normally, a scar forms around dying brain tissue after a stroke. This scar, known as a glial scar, creates a barrier around the injured area to protect the remaining brain; it’s formation is critical to the healing process.

Using a high-powered microscope, the UA researchers imaged this barrier between the healthy and injured portions of the mouse brain. Up close, the glial scar looked like “a fence made of branches twisted tightly together,” Dr. Doyle said.

Then they injected a dye into the injured portion of the brain. At seven weeks post-stroke, the dye was able to spread past the glial scar and into the healthy brain region. According to Dr. Doyle, this suggested that toxic substances present in the liquefied tissue also leak into the brain after a stroke, potentially killing healthy neurons.

“We found that the glial scar is a pretty decent barrier, but it’s not perfect,” Dr. Doyle said. “Imagine putting sandbags around your house; they will reduce flood damage, but not control everything.”

Dr. Doyle suspects this slow, leaking fluid may be a cause of dementia after stroke. Of the 10 million people who survive a stroke each year, about one-third will develop dementia for unclear reasons, he said.

If the brain is injured near the hippocampus — the portion of the brain responsible for memory — perhaps this slow leak of toxic fluid causes neurodegeneration, the loss of neurons in the brain, and ultimately, memory problems.

“This work really challenges the old paradigms and breaks new ground critical for our understanding of stroke and its consequences,” said Janko Nikolich-Zugich, MD, PhD,  chair of the UA Department of Immunobiology. “We used to think that the glial scar forms a fool-proof barrier, and had no idea about the toxicity of the liquefied brain materials. Thanks to this research, we now will be able to consider new and different stroke therapies.”

Nevertheless, further research is needed. The team hopes to verify its results in the future by showing that post-stroke memory problems can be curbed with a drug that makes the glial scar’s barrier more robust.

Research also is needed to find out precisely how long the toxic fluid lasts. Liquefied brain tissue eventually will result in an empty cavity in which healthy brain tissue once existed. Dr. Doyle’s lab believes that the liquefied tissue lasts for months in the brain before the process is complete.

The UA College of Medicine – Tucson research was funded by a grant from the National Institute of Neurological Disorders and Stroke under award No. R01NS096091.

About the UA College of Medicine – Tucson

The University of Arizona College of Medicine – Tucson is shaping the future of medicine through state-of-the-art medical education programs, groundbreaking research and advancements in patient care in Arizona and beyond. Founded in 1967, the college boasts more than 50 years of innovation, ranking among the top medical schools in the nation for research and primary care. Through the university’s partnership with Banner Health, one of the largest nonprofit health care systems in the country, the college is leading the way in academic medicine. For more information, visit medicine.arizona.edu.