W.L. Gore & Associates will be honored at the 2013 AZBio Awards as the  Arizona Bioscience Company of the Year by the Arizona Bioindustry Association in recognition of the development of the extensive Gore Medical family of products including vascular grafts, endovascular and interventional devices, and surgical meshes by its world class team of innovators in Flagstaff and Phoenix.

CHANDLER, Ariz.–(September 11, 2013)–The Arizona Bioindustry Association (AZBio) today announced that W.L. Gore & Associates, Inc. (Gore) has been named the 2013 Arizona Bioscience Company of the Year in recognition of the development of an extensive line of medical products including vascular grafts, endovascular and interventional devices, and surgical meshes by its world class team of medical device innovators in Flagstaff and Phoenix, and will receive the award at the 2013 AZBio Awards on October 10, 2013. 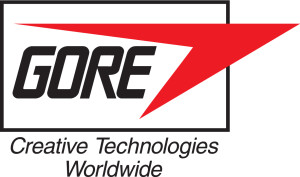 Since its start in 1958, Gore has grown to be a large international company generating over $3 billion in revenues in 2012. Gore has facilities in many communities around the world and is Arizona’s largest biotech employer with 2500 employees statewide. For the 16th year in a row, Gore earned a position on FORTUNE® Magazine’s annual list of the U.S. 100 Best companies to work for ranking 21st overall.

The Gore Medical Products Division has provided creative therapeutic solutions to complex medical problems for more than 35 years. During that time, more than 35 million innovative Gore Medical Devices have been implanted, saving and improving the quality of lives worldwide. Gore has been granted more than 2,000 patents worldwide ranging from polymer processing to medical devices.

The team at Gore has a long history of launching medical innovations, including a proven and durable endovascular option to treat abdominal aortic aneurysms (AAAs), a device for minimally invasive closure of atrial septal defect (ASD) and patent foramen ovale (PFO), as well as a device indicated for use as a vascular prosthesis for replacement or bypass of diseased vessels impacted by aortic aneurysmal, peripheral vascular and end stage renal disease.

Gore, a private company with over 10,000 associates, is recognized as often for its unique culture as for its industry-leading products. Gore is a team-based organization free from traditional organizational charts and chains of command. Gore CEO Terri Kelly credits the company’s culture as its biggest competitive advantage. It creates a work environment where people feel empowered to make a difference. And it’s the driving force behind Gore’s broad range of innovations, from life-saving cardiovascular devices and high-performance fabrics (GORE-TEX fabrics) to aerospace electronics and industrial manufacturing components.

The 8th Annual AZBio Awards will be held Thursday, October 10, 2013, at the Phoenix Convention Center. In addition to the Gala Awards Luncheon from 11:30 a.m. to 2:00 p.m., the VWR Company Showcase and Student Discovery Showcase sponsored by NAU will highlight the work of Arizona’s current and future life science leaders from 10 a.m.–11:30 a.m. and again from 2:00 p.m.–3:00 p.m. so that attendees can see the work being done across the industry and interact with the leaders and future leaders who are driving bioindustry innovation.

In addition to honoring the team of W.L. Gore & Associates, the AZBio Awards will celebrate the achievements of:

The list of past honorees can be viewed at: https://www.azbio.org/azbio-awards/awards-history. For tickets and more information, visit www.AZBioAwards.com.

As Arizona’s statewide industry Association, AZBio is committed to working with our members across Arizona to support our industry as together we move forward faster. AZBio provides access to the key resources, connections and information in our biosciences community. This provides the foundation to be able to Connect, Collaborate, Innovate and Succeed, thus supporting the growth of a thriving economic environment for Arizona’s bioscience industry today and in the future.

AZBio is the State Affiliate of the Biotechnology Industry Organization (BIO) located in Washington, D.C. and also collaborates on national issues with AdvaMed, PhRMA and other national and international organizations to move the Arizona bioscience industry forward faster.