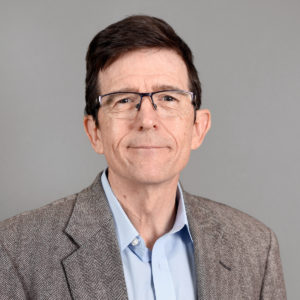 “It’s an honor to be selected for this role, and I’m excited to work with the exceptional board members at SFAz, my colleagues at Arizona universities, our state government and the science-based industry in Arizona,” Woodbury said. “I also look forward to helping expand the application of innovative science and the high-tech workforce that underlies it.”Neal Woodbury ASUNeal Woodbury, ASU chief science and technology officer.

Woodbury is assuming the position previously held by William Harris, who served as CEO of SFAz since its inception in 2006. Under Harris’ leadership, SFAz funded and enhanced research and education at Arizona’s three state universities, as well as developed collaborative relationships with industry and state government.

“The board of SFAz is pleased that a leader and scholar of such regard has accepted the leadership of the organization. Our board, led by SFAz founder Don Budinger and our longstanding CEO, Bill Harris, have built a significant asset for our state. The foundational support of our primary donor, Jerry Bisgrove, allowed SFAz to leverage additional resources and make broad investments in research that contributed greatly to our state’s economic prosperity,” said Rick Myers, chairman of the SFAz board and former Arizona Board of Regents member. “Going forward, we appreciate the strong support of ASU to keep SFAz building on our past success. With Neal’s leadership, we are excited for what the future will bring.”

Throughout the course of his 32-year tenure with ASU, Woodbury has been a trusted resource and advocate for the research enterprise, regularly advising ASU leadership on issues related to the university’s major research activities. He has been responsible for developing new, large-scale collaborative projects, as well as facilitating broad interactions between the Knowledge Enterprise and ASU’s academic units. Woodbury concurrently serves as a professor in ASU’s School of Molecular Sciences.

“It’s great news for Arizona that Neal Woodbury has been appointed the next CEO of SFAz,” said David Schultz, vice president for research at Northern Arizona University. “Neal’s deep knowledge of science and technology, Arizona’s universities, the needs and potential of STEM education, and the opportunities that exist to build Arizona’s economy, are ideally suited to support SFAz’s mission and the goals of the state in STEM and technology business growth. I look forward to working with Neal and furthering collaborations between Arizona’s great higher education institutions.”

Woodbury is an expert in the field of electron transfer and photosynthesis and is the co-founder of HealthTell, a company focused on a diagnostic technology known as immunosignaturing. In addition to his academic and research achievements, Woodbury is a senior member of the National Academy of Inventors and holds multiple patents.

Woodbury will continue in his role as interim executive vice president and professor at ASU in addition to this appointment.