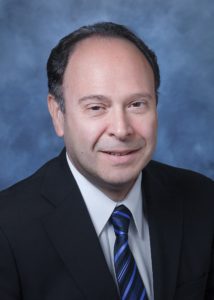 Dr. Arabia will assume the newly created role as physician executive of Advanced Heart Failure and Mechanical Circulatory Support on July 2. His initial responsibility will be creating a systemwide Advanced Heart Failure and Circulatory Support program. He will be primarily located at Banner – University Medical Center Phoenix, with additional responsibilities in Tucson and throughout the Banner system.

“Dr. Arabia has well earned his international reputation as a premier leader in his medical fields, and Banner is thrilled about the knowledge and experience he’ll bring to the organization,” said Larry Goldberg, president of Banner – University Medicine. “He’ll play an important role in developing and advancing many exciting projects in Arizona.”

“Dr. Arabia is a world-class cardiac surgeon, who is an international leader in the care of patients with the most severe types of heart disease. In addition to clinical care, he will advance education and research for our students and residents as he works collaboratively with teams in Phoenix and Tucson,” said Guy Reed, MD, dean of the University of Arizona College of Medicine – Phoenix.

Dr. Arabia will also help in further aligning cardiovascular services for the best possible delivery to communities across the region.

At Cedars-Sinai, Dr. Arabia was director of the Center for Surgical Device Management of Advanced Heart Disease, and surgical director of the Mechanical Circulatory Support program. He previously served at the Mayo Clinic in Arizona, where he helped to start the first heart transplant program in metro Phoenix in 2005.

Dr. Arabia has more than two decades of experience in the fields of thoracic, cardiothoracic vascular and transplant surgery, and often is called upon for his expertise by national and international medical centers. He has presented his work at professional conferences and meetings throughout the world, and has published peer-reviewed research in multiple journals.

Banner – University Medical Center Phoenix is a large teaching hospital that has provided medical care to Arizona and the Southwest since 1911. It is part of Banner – University Medicine, a premier academic medical network. The hospital, recognized by U.S. News and World Report as one of the nation’s best hospitals, specializes in heart care, orthopedics, high-risk obstetrics, neurosciences and stroke care, organ transplants and emergency care, including a Level I trauma center. Banner – University Medical Center Phoenix is part of Banner Health, a nonprofit health care system with 28 hospitals in six states. The institution, which has trained thousands of doctors over decades as a teaching hospital, is the academic medical center for the University of Arizona College of Medicine – Phoenix. For more information, visit www.bannerhealth.com/UniversityPhoenix.