The Arizona Bioindustry Association (AZBio) today announced that Yulex Corporation has been selected to receive a 2013 AZBio Fast Lane Award from the Arizona Bioindustry Association in recognition groundbreaking work on the development and manufacture of innovative biomaterials from the Guayule plant.  Yulex will be honored by bioindustry leaders at the Phoenix Convention Center during the 2013 AZBio Awards on October 10, 2013.

Rubber and commerce go hand in hand and rubber products are everywhere. Yulex Corporation is the global leader in guayule-based biomaterials for a wide range of markets and diverse applications. Yulex’s Guayule BioRubber Emulsions and BioRubber Solids have medical, consumer, and industrial applications to grow an increasingly diverse market community with ultra-pure, high-performance products. From medical devices to fabric coatings, and from bedding to industrial packaging adhesives, Yulex also provides technical and product development guidance and support, and even custom material compounding and formulation. 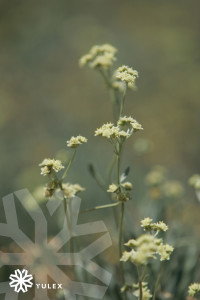 In the past 18 months, Yulex has experienced significant milestones. The company launched a commercial, built-to-scale Guayule BioRubber manufacturing facility that now processes over 2,200 acres of Guayule in Arizona. Additionally, Yulex along with consortium partners Cooper Tire, Arizona State University, Cornell University and the Agricultural Research Service of the U.S. Department of Agriculture were awarded a $6.9 million Biomass Research and Development Initiative grant from the USDA and the U.S. Department of Energy to develop enhanced manufacturing processes for the production of Guayule BioRubber as a biomaterial for tire applications, as well as to evaluate the plant’s residual biomass for biofuel applications.

More recently, the company expanded its growing global agricultural footprint by partnering with ENI’s Versalis to manufacture Guayule BioRubber and to launch a production complex in Southern Europe.

Lastly, Yulex just provided the University of Arizona with a $3 Million, five-year grant focused on global Guayule breeding and crop development. The company envisions a future of sustainable biorefineries that utilize 100% of the Guayule plant

In addition honoring Yulex Corporation, the AZBio Awards will celebrate the achievements of: