TUCSON, Ariz. – The National Cancer Institute has awarded the University of Arizona Cancer Center a $1.8 million grant to continue training cancer researchers for the future. 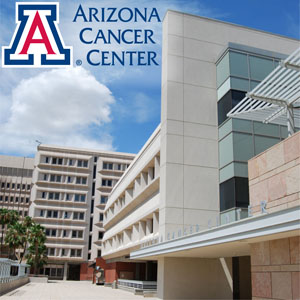 The grant, called a T32 Training Grant, is a five-year award that will draw on the strengths of research faculty at The University of Arizona who direct their efforts toward the understanding of cancer causation, prevention and treatment to train future cancer researchers. The grant will fund six pre-doctoral and two postdoctoral trainees.

“The renewal of this training grant, which we have had at the UA Cancer Center for 36 years, means that we can continue to train the next generation of cancer researchers who will contribute to the prevention and cure of cancer,” said UA Cancer Center Director Andrew S. Kraft, MD. There are currently 20 students enrolled in the cancer biology graduate program.

The CBIO GIDP, which grew as part of the training grant, was approved by the Arizona Board of Regents in 1988. The GIDP training leads to a doctorate in cancer biology and offers graduate students the opportunity to interact with both basic scientists and clinical researchers. They can then establish themselves as independent investigators pursuing research into the origins and treatment of cancer. Since 1988, the program has trained and graduated more than 75 cancer researchers, including 7 MD/PhDs, who are working in industry, academia and government.

The UA’s Cancer Biology Program is the only program of its kind in the Southwest, excluding Southern California.

About The University of Arizona Cancer Center