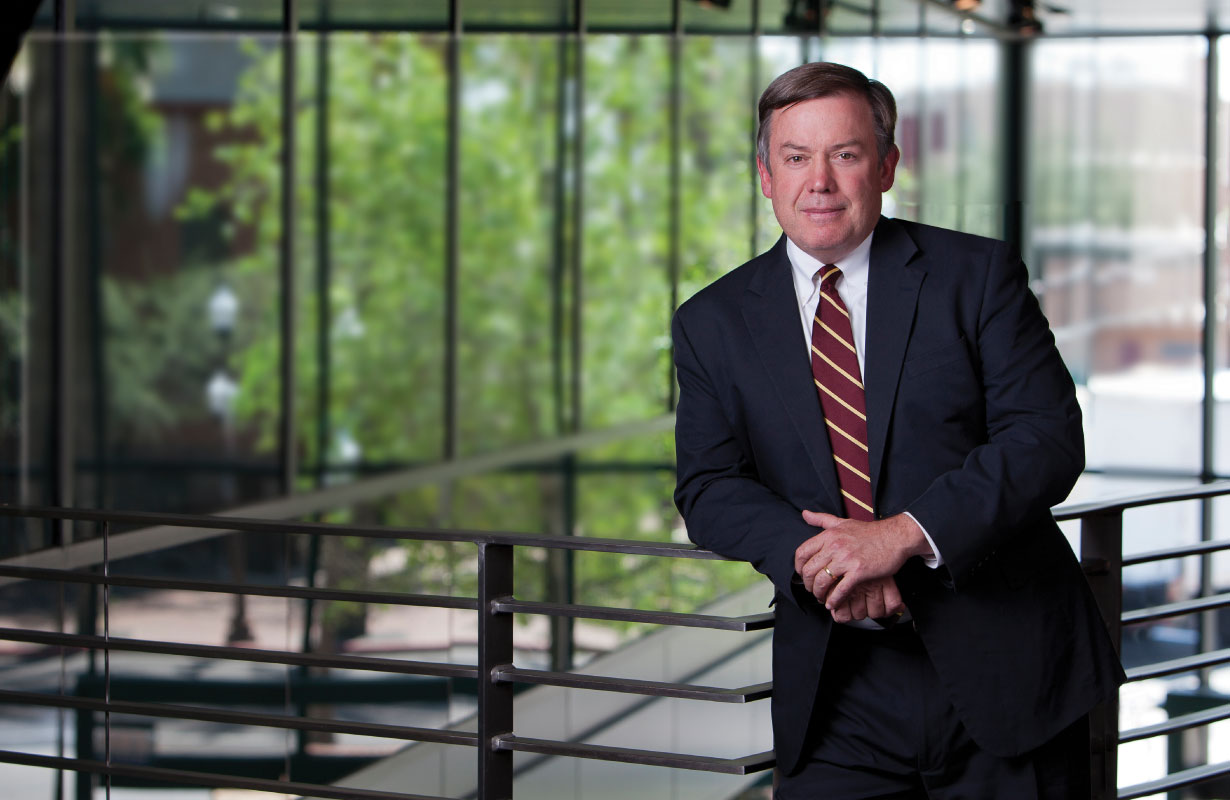 Michael M. Crow became the 16th president of Arizona State University on July 1, 2002. He is guiding the transformation of ASU into one of the nation’s leading public metropolitan research universities, an institution that combines the highest levels of academic excellence, inclusiveness to a broad demographic, and maximum societal impact—a model he terms the “New American University.”
Under his direction the university pursues teaching, research, and creative excellence focused on the major challenges of our time, as well as those central to the quality of life, sustainable development, and economic competitiveness of Arizona and the nation. (Source: ASU)

Under the previous policy, net licensing proceeds (after administrative and legal fees) were split equally between the inventor(s), their lab(s) and the university. Effective as of Nov. 1, the “lab share” will be reduced so that a greater percentage of royalties flow directly to inventors.

“For the modern American research university, technology transfer is a critically important pathway for disseminating the knowledge needed to solve major societal challenges and boost our state and regional economies,” said Crow. “For the past decade we have reshaped our efforts in this area to engage more of the faculty in this process, speed the journey from lab to market and reward inventors for their time and effort.”

Technology transfer at U.S. research institutions is governed by the 1980 Bayh-Dole Act, which set consistent ground rules for inventions arising from federal funding. Prior to Bayh-Dole, the rights to most university technologies reverted to the funding agencies, with the result being that the government had successfully licensed fewer than five percent of the technologies represented by the 28,000 patents it had accumulated.

Bayh-Dole sought to spur innovation and increase the number of research discoveries that were translated into treatments, products or services that benefit the general public. Under its provisions, universities own these inventions and are required to share royalties with the inventors, though they have broad flexibility in how they structure the payouts.

“The changes to ASU’s royalty-sharing policy are designed to incentivize innovation and were adopted after an intensive process involving faculty input and deliberation,” said Sethuraman “Panch” Panchanathan, ASU’s senior vice president for Knowledge Enterprise Development. “The new model recognizes and incentivizes the transformational research being done by ASU faculty across every department and campus.”

For the first $10,000 in net income for a licensed technology: The creator(s) receive half of net royalties, with the lab receiving one-sixth and the university one-third.

After the first $10,000 in net income: The creator share varies by the number of listed inventors on a sliding scale from 40 percent for a solo inventor up to 50 percent for five or more. The university share remains one-third and the lab share adjusts accordingly. The lab share is capped at $2 million on an annual basis.

The full policy on royalty sharing is available here.

ASU, through the activities of AzTE, is annually one of the top-performing U.S. universities in terms of intellectual property inputs (inventions disclosed by ASU researchers) and outputs (licensing deals and start-ups) relative to the size of the university’s research enterprise.

The Association of University Technology Managers (AUTM) prepares an annual report collecting the technology commercialization results for almost 200 universities and research hospitals. In the past five years, among research institutions that achieved at least $300 million in annual research expenditures, ASU was one of just four schools to achieve top 10 rankings for licensing agreements, startups and invention disclosures per $10 million in research.

In FY14, ASU faculty working with AzTE set new record highs in invention disclosures (261), U.S. issued patents (56), startups (12), and licenses and options (90).
To date, more than 70 companies have been launched based on ASU discoveries. In just the last three years, these companies and their sub-licensees have attracted $163 million in funding from venture capital firms and other investors.