SynCardia was honored for its Freedom portable driver that powers the SynCardia Total Artificial Heart. This allows clinically stable implant patients to be discharged from the hospital to wait for their matching donor hearts at home and their community. 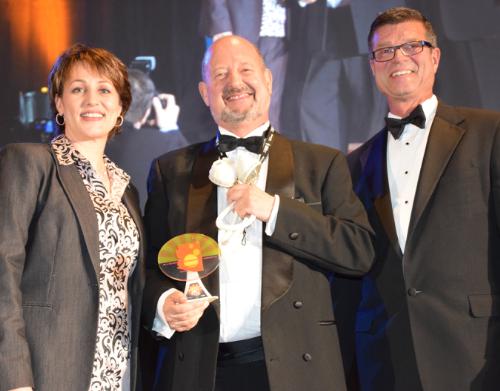 SynCardia Systems, Inc., has been recognized with the 2014 Innovator of the Year Award for Small Companies presented by the Arizona Technology Council in conjunction with the Arizona Commerce Authority.

“The work that SynCardia Systems is doing to save lives with artificial hearts is extraordinary and we congratulate them on receiving the award,” said Steven G. Zylstra, President and CEO of the Arizona Technology Council. “It’s this type of innovation that will help Arizona build the type of economy needed to sustain real wealth and compete on a global stage”…

World’s first and only approved Total Artificial Heart
1,350+ implants account for over 400 patient years of support

The SynCardia temporary Total Artificial Heart is approved for use as a bridge to transplant in cardiac transplant-eligible candidates at risk of imminent death from biventricular failure.