BIO was created in 1993 through the merger of the Association of Biotechnology Companies and the Industrial Biotechnology Association. The goal was for the entire industry, from young startups to established companies, to speak with one voice for the industry on important policy issues.  Some of the biggest breakthroughs in the early days came from BIO’s work with the U.S. Patent and Trademark Office.

AZBio Member and Scottsdale patent attorney Barbara J. Luther was part of the team of BIO members that worked through those early changes at the USPTO and shares memories of those early days in this continuing series… 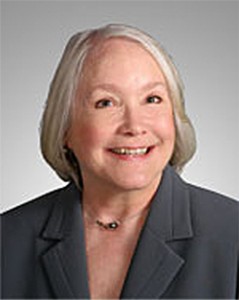 Did you know that until 1994 biotech firms rarely obtained patents on their products? Many organizations struggled to find investors and advance their products. Barbara Luther fought for the changes in patent prosecution that allow companies like yours to succeed today. Barbara Luther is a Patent and Intellectual Property lawyer who uses her unique understanding and experience in the biotech field to fight for Bio Engineering, Genetics, Life Sciences, Pharmaceuticals and Proteins firms across the globe. After working for top patent firms and a highly successful biotechnology company, Barbara formed The Luther Law Firm, a WBENC certified woman-owned business, with a proven track record of success. Today The Luther Law Firm offers valuable expertise and insight at an affordable price point.

Hi! I’m Barb Luther.  A former Chicagoan and Californian, I have made my home in the Phoenix area for almost nine years. Patent law has been my career and passion for 23 years, 13 of that AV-rated (cf. Martindale-Hubbell).

Our BIO colleagues will be happy to know that I spent about 20 years of that assisting the BIO community in obtaining quality patents and creative patent opinions for them.  The 20 years in Bay Area (and other areas) Biotech was preceded by 3-1/2 years at the Brinks Hofer Gilson & Lione IP firm in Chicago, where I received incredible mentoring and opportunities to learn the basics of patent law, while obtaining patents and solving IP problems for such well known companies as Wrigley Gum and Kimberly-Clark.  In particular, Gary Ropski mentored me on my first (green) application and did not try to rein in my low-key Midwestern but persuasive style (as it makes the invention not only understandable to the patent office but also to jurors and investors) but showed me how to plan way ahead and to bullet-proof patents for clients.  That green patent – disposal of medical waste- was the cornerstone of $8 Billion Stericycle, Inc.

After a move to California, I interviewed with only one firm Morrison & Foerster in Palo Alto, whose biotech leaders I had seen on a magazine cover.  I was soon knee deep in their docket of biotech office actions.  It was 1993 and the patent office had a huge backlog of unexamined biotech patents; they hired a whole cadre of biotechnology Ph.D.’s.  They had just settled in and started rejecting every application in sight (verified at an AIPLA biotech winter meeting). I attempted to make progress on applications from Stanford, University of California, Incyte Genomics, etc.  When Incyte scientists were too busy to contact the author of an article that was the main reference against a patent application, I cold-called her and explained that we thought our protein was different from hers.  We prepared a declaration that totally rebutted the PhD examiner’s rejection, but the examiner maintained it. Nevertheless, Incyte recruited me to be their first inhouse attorney so I could bring the expensive patent work inhouse.

After joining Incyte in January, I quickly went to work on the lack of biotech patenting, which impaired our ability to monetize the growing genomic database.  On the patent committee of B.I.O., we looked for ways to advance the cause of biotech patents.  I joined a subgroup that brought the lack of biotech patenting to the Patent Commissioner in March.  As I left the meeting with the BIO committee chair, I told him we had to get rid of the the 100-year old patent office practice rule requiring clinical studies (“patent medicine” rule).  He said there was little chance of that, but I set my mind to it.

Taking on the Patent Medicine Rule

Besides attending monthly BIO patent meetings and drafting a growing number of patents, I arranged an Incyte meeting with the Commissioner and biotech officials.  In early summer, my scientists demonstrated the wonderful, useful scientific information you could tease out of new genomic databases with the use of our sophisticated software (described at the level of the ex-copyright lawyer patent commissioner).  We briefly alluded to a problem with the biotech examining group.  In early August, the Commissioner announced a hearing in southern California on biotech patents.  Though I had met twice with the Commissioner and was passionate about the topic, I turned down BIO’s request to testify, because as a representative of a genomic company that was leap-frogging standard ways of doing biotechnology one-protein-at-a-time, it was more politic to observe.  However, the BIO committee decided to do a white paper with chapters on various patentability criteria and more appropriate cases for the patent office to follow.  I volunteered to do the introduction and edit, and many companies and law firms contributed swiftly and effectively to the content.  The introduction addressed the latest costs of doing clinical studies and emphasized the unfairness of the treatment of one technology area of the patent office differently from the others, of whom tens of millions of proof was not required.  Working hard through August, we had the White paper ready for the Commissioner’s plane ride from DC to Los Angeles (during which we hoped he would at least get through the introduction).

In LA, the Commissioner heard a very full day of complaints. (I left at 5 and industry was still going strong).  In December, the patent office issued new utility guidelines with examples of what the examiners should allow – along the lines of the patent applications Incyte had been submitting.  Also very experienced supervisory patent examiners were appointed ombudsman to school examiners on applications of the law.  For Incyte, the coup de gras was the January BIO patent meeting.  Instead of the merry band of half a dozen patent attorneys at meetings in the prior year, about 90 attendees heard about the changes the committee had wrought.  Chief patent counsel of pharmaceutical companies looked at Incyte’s representative with respect and our scientists started getting meetings and agreements.

My first breakthrough BIO patent application actually started in a different prominent Bay Area patent firm.  An invention of Stanford professor James Eberwine, it was brought to my attention as inhouse patent counsel by Incyte Genomic colleagues, who wanted to use it to produce the millions of cDNA sequences whose analysis and arrangement in libraries would bring Incyte tens of millions annually in subscription revenue.  I green-lighted the application for licensing, but I considered the one independent claim obtained by the other firm to be unprovable in court.  Through a series of continuations, I successively broadened the claims to position Stanford and its licensee to win an 8-figure settlement and annual licensing fees of millions from pharmaceutical companies; it helped that Dr. Eberwine’s invention became the “best practice” for producing cDNA that could be used to compare genomic data across different experiments.

Having established a patent toll-gate in genomics, the Stanford licensee for the genomic patents asked me to attack stem cell patenting.

What an amazing change to actually see what I was working on!

More on that in the next installment.  Stay Tuned…

About our Guest Author:

Licensed to practice before the U.S. Patent & Trademark Office, Ms. Luther assists clients with utility and design patent applications, trademarks and copyrights. She negotiates with patent office examiners and executives to gain patents that are as broad as possible, to prevent your competitors from nibbling away at the edges.

Founded by Barbara J. Luther, based in Scottsdale, Arizona, The Luther Law Firm is a certified woman-owned business, represented on both the east and west coasts with specialized expertise in Trademarks, Copyrights, Patents. Intellectual property rights, Pharmaceuticals and Proteins.

Barbara is an active member of the U.S. Patent Bar; American Intellectual Property Law Association; The Licensing Executives Society; the bar associations of California, Illinois, and Arizona; the National Association of Women Business Owners; the Women’s Business Enterprise Council; AZBio; and the Arizona Technology Council, among others. She is a recognized author and speaker on intellectual property.