The study’s findings suggest a way to identify which patients can avoid unnecessary chemotherapy, with its potentially serious side effects and its expense. Researchers from TGen, a part of City of Hope, contribute to study supporting value of ctDNA in assessing treatment options.

PHOENIX–(BUSINESS WIRE)–Tumor DNA circulating in the bloodstream can help clinicians decide whether chemotherapy is right for their patients who have undergone surgery for stage II colon cancer, according to a breakthrough study published online in The New England Journal of Medicine and presented today at the 2022 American Society of Clinical Oncology Annual Meeting (Abstract LBA100). An international team that included investigators from the Translational Genomics Research Institute (TGen), part of City of Hope, conducted the study to lend clarity to the role of adjuvant chemotherapy in this setting.

Previous studies suggested that the presence of circulating tumor DNA (ctDNA), the small fragments of a cancer’s genetic material shed into the blood, predicted a recurrence of the cancer after surgery, while the absence of ctDNA predicted a low recurrence risk. The real-world study is thought to be the first to use ctDNA to guide follow-up chemotherapy decisions in stage II colon cancer patients after surgery to determine if certain patients can be spared from this form of treatment based.

A total of 455 patients in Australian centers were assigned to either ctDNA-guided care (n=302) or standard care (n=153) following their surgeries. Standard care follows traditional guidelines based on clinicopathological features that are associated with higher cancer risk. If patients in the study’s guided group still had ctDNA present in their blood samples four to seven weeks after surgery, they received one of two kinds of chemotherapy. If tumor DNA was not found, then those patients in the ctDNA-guided group were not treated with chemotherapy. 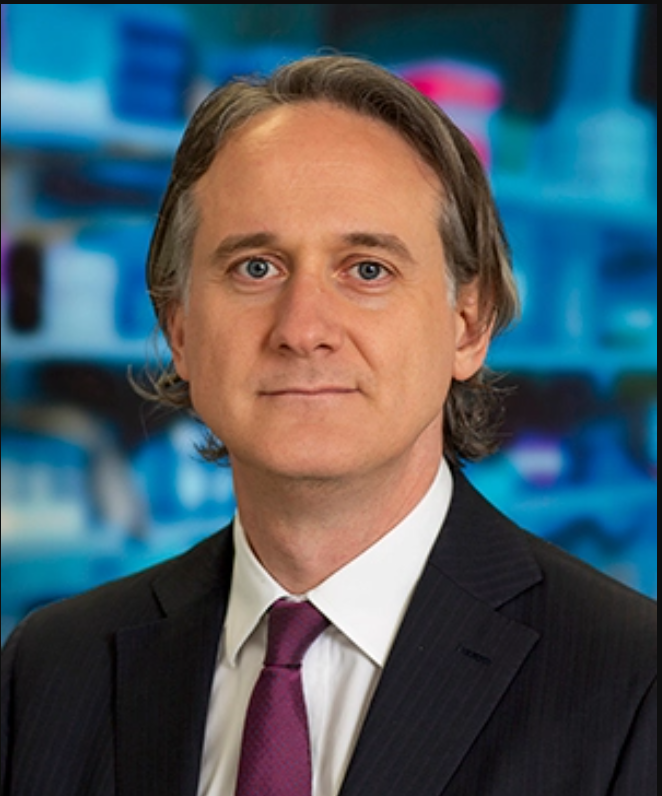 Dr. Cristian Tomasetti
Director of the Center for Cancer Prevention and Early Detection at City of Hope and TGen.

Of those receiving ctDNA-guided care, physicians were able to not only inform treatment, but actually reduce the number of patients who were treated with chemotherapy without compromising their recurrence-free survival.

“The study’s findings suggest a way to identify which patients can avoid unnecessary chemotherapy, with its potentially serious side effects and its expense. And for those who have undergone chemotherapy or know someone who has, and know what it means, I think this is really great news,” said Dr. Cristian Tomasetti, the newly appointed Director of the Center for Cancer Prevention and Early Detection at City of Hope and TGen.

ctDNA can be a useful addition to traditional tissue-based features – like the size of the tumor – to determine risk of recurrence, since tumors themselves are so different from one another.

“For instance, sometimes the potential of a large tumor to be dangerous and invade tissues can actually be lower than a smaller cancer with the right combination of mutations,” Dr. Kamel Lahouel, a first author on the paper explained.

In the follow-up 37 months later, patients under standard care were almost twice as likely as patients in the ctDNA-guided group to receive chemotherapy –27.9% compared to 15.3%. Despite the difference in treatment, two-year recurrence-free survival rates were not worse in the guided group (93.5%) compared to the standard care group (92.4%).

“The goal at the beginning of the study was to prove that ctDNA-guided therapy would not lead to worse outcomes than standard care,” said Lahouel, “and we ended up with an estimate that is even better than the standard of care guidance. I think that is what is really impressive.”

Among the patients in the guided group, those who had the circulating DNA and were treated with chemotherapy had an 86.4% three-year recurrence-free survival rate, compared to 92.5% for those who did not have ctDNA and did not receive chemotherapy.

“We wanted to come up with ways to tell whether therapy was needed, and this technology will also help in the future to determine whether a particular therapy isn’t working, or when we should switch to another therapy, or even when it is OK to stop chemotherapy in a patient. Based on further study we can think about further personalizing treatment with these technologies,” said Tomasetti.

Drs. Tomasetti and Lahouel focus on mathematical prediction and advancements in technologies like ctDNA detection, as part of their work with the TGen and City of Hope alliance to transform the diagnosis, treatment and prevention of cancer and other life-threatening diseases.

These exciting results were achieved thanks to new technologies able to find tumor DNA in the blood. The same technologies are also very promising for detecting cancer much earlier.

“All drugs work better in patients with cancers that are detected relatively early, before they have given rise to large metastatic masses.  However, new drugs are usually first tested in patients whose cancers are very advanced,” said Bert Vogelstein, M.D., Clayton Professor of Oncology, co-director of the Ludwig Center at Johns Hopkins and a Howard Hughes Medical Institute investigator. “We hope that ctDNA analysis will enable testing of new drugs in patients with early-stage cancers and micrometastases, when the new drugs are most likely to save lives.”

About TGen, part of City of Hope

Translational Genomics Research Institute (TGen) is a Phoenix, Arizona-based nonprofit organization dedicated to conducting groundbreaking research with life-changing results. TGen is part of City of Hope, a world-renowned independent research and treatment center for cancer, diabetes and other life-threatening diseases. This precision medicine affiliation enables both institutes to complement each other in research and patient care, with City of Hope providing a significant clinical setting to advance scientific discoveries made by TGen. TGen is focused on helping patients with neurological disorders, cancer, diabetes and infectious diseases through cutting-edge translational research (the process of rapidly moving research toward patient benefit). TGen physicians and scientists work to unravel the genetic components of both common and complex rare diseases in adults and children. Working with collaborators in the scientific and medical communities worldwide, TGen makes a substantial contribution to help patients through efficiency and effectiveness of the translational process. Follow TGen on Facebook, LinkedIn and Twitter @TGen.