ADPKD is a debilitating genetic disease affecting approximately 600,000 Americans and 12 million people worldwide. It is characterized by progressive enlargement of the kidneys due to the formation and growth of cysts. There is only one medication developed specifically to treat ADPKD, called tolvaptan, which has not been approved in the United States. 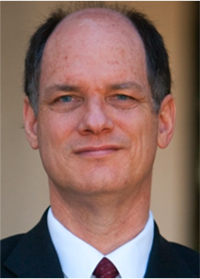 “The current gold standard for evaluating kidney damage in PKD is Glomerular Filtration Rate which does not change appreciably until very late in the disease stage. This presents a challenge for drug developers because it requires a clinical trial with patients in late stages of the disease or a clinical trial that runs for decades,” says C-Path Chief Operating Officer and PKDOC Co-Director Steve Broadbent. “The qualification of TKV imaging as a prognostic biomarker is a fundamental step towards enabling pharmaceutical companies to develop new therapies for a disease that, as of now, has no available treatments approved for use in the United States.”

TKV is a measurement of the impact of ADPKD on the size of the kidneys and is considered to be predictive of a future decline in kidney function. This draft guidance provides qualification recommendations for the use of TKV, measured at baseline, as a prognostic enrichment biomarker to select patients with ADPKD at high risk for a progressive decline in renal function (defined as a confirmed 30% decline in the patient’s estimated glomerular filtration rate (eGFR)).  The use of TKV as a biomarker – along with the patient’s age and baseline eGFR – can help those conducting clinical trials in finding appropriate candidates, potentially improving the accuracy and efficiency of those trials.

To arrive at this determination, the PKDOC first created a Clinical Data Interchange Standards Consortium (CDISC) data standard for ADPKD and used it to remap the data from several patient registries and observational studies. The database was then used to develop a joint model linking the trajectory of TKV with clinical outcomes.

“This regulatory support is key to encouraging those developing potential treatments for ADPKD patients to carry on their work in what will hopefully be a more streamlined and productive path to potential approval of new therapies,” adds David Baron, PhD, Chief Scientific Officer of the PKD Foundation.

“An immense collaborative effort was at the core of this milestone,” said Ronald Perrone, M.D., Scientific Director of the Tufts Clinical and Translational Research Center, Professor of Medicine at Tufts University School of Medicine, and Co-Director of the PKDOC. “Expertise and data were contributed by C-Path, the PKD Foundation, CDISC, four leading academic medical centers, and a number of pharmaceutical companies. The impact of this biomarker qualification will be to enhance the recruitment and performance of clinical trials in ADPKD, and hopefully bring new therapies to patients in a shorter period of time.”

The Draft Guidance for Industry document is on the FDA website and can also be accessed via the C-Path PKDOC website.

C-Path (Critical Path Institute) is an independent, non-profit organization established in 2005 with public and private philanthropic support from the Arizona community, Science Foundation Arizona, and the U.S. Food and Drug Administration (FDA). C-Path’s mission is to catalyze the development of new approaches that advance medical innovation and regulatory science, accelerating the path to a healthier world. An international leader in forming collaborations, C-Path has now established eleven global, public-private partnerships that currently include over 1,300 scientists from government and regulatory agencies, academia, patient advocacy organizations, and dozens of major pharmaceutical companies. C-Path is headquartered in Tucson, Arizona. For more information, visit www.c-path.org.

The PKD Foundation is the only organization in the United States solely dedicated to finding treatments and a cure for polycystic kidney disease (PKD) to improve the lives of those it affects. This is done through promoting programs of research, education, advocacy, support, and awareness on a national level, along with direct services in local communities across the country. Their vision is that one day no one will suffer the full effects of PKD. Visit pkdcure.org to learn more about PKD and the Foundation.