The HonorHealth vice president of research and a retired executive at W.L. Gore & Associates, Inc. have assumed new leadership roles with a statewide committee charged with advancing the biosciences in Arizona.

Mark Slater has been named chair and Eve Ross the vice chair of Arizona’s Bioscience Roadmap Steering Committee, comprised of about 100 leaders from the public and private sectors in science, health care, business, academia, economic development, government, and policy.

Slater, the vice president for research at HonorHealth and chief executive for the HonorHealth Research Institute, joined the committee in 2007 and has served as vice chair since 2016. Ross, a retired medical-technology executive and attorney at W.L. Gore & Associates, Inc., became a committee member in 2003. 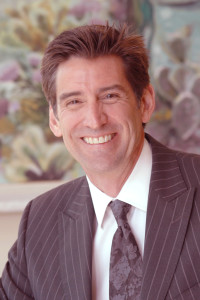 “Arizona has many bioscience success stories, and we are striving for more through the expansion of research and commercialization, increasing venture capital for emerging businesses, and discovering new health treatments,” Slater said. “The committee members are actively engaged to make these goals a reality in a sector that benefits the state’s health and economy.”

Slater’s research focuses on pain perception, treatment, and rehabilitation. He has produced more than 100 publications and received more than $30 million in grant funding. The HonorHealth Research Institute is focused on accelerating medical innovation in multiple areas through clinical, translational and health care delivery research, including an early cancer drug development program in collaboration with the Translational Genomics Research Institute.

Slater has previously served on the medical-school faculty at the University of California, San Diego, held leadership positions at Sharp HealthCare and the Veterans Administration Medical Center in San Diego, and developed medical-research data and consulting businesses.

When Ross retired in 2017, she was leading public policy and strategic initiatives at W.L. Gore & Associates, Inc., a global medical-device company with a large presence in Flagstaff and north Phoenix. The first Gore manufacturing plant in the western United States opened in Flagstaff in the 1960s, and in 2011 a 40-acre campus in Phoenix was built to expand the medical-products division. 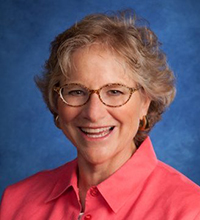 Ross is a health-care attorney experienced in the commercialization of new technologies, and a public-policy advocate for the value of medical technology. She is a statewide civic leader and has a law degree from Arizona State University.

“Both Mark and Eve have played critical roles in advancing the biosciences in Arizona through their respective work, and they will bring that same knowledge, leadership, and enthusiasm to their new roles on the Steering Committee,” said Tammy McLeod, President and CEO of the Flinn Foundation.

Slater succeeds Ron Shoopman, chair of the Arizona Board of Regents, who joined the Steering Committee in 2005 and was named vice chair in 2007 and chair in 2016. Shoopman will remain a member of the committee.

The committee was created in the early 2000s to oversee Arizona’s Bioscience Roadmap, the long-term strategic plan to guide the growth and development of the state’s bioscience sector through 2025.

In April, the Flinn Foundation will host the annual Arizona’s Bioscience Roadmap luncheons in Phoenix, Tucson, and Flagstaff to highlight the progress of Arizona’s bioscience sector. Data on key metrics will be updated again in 2020.