Washington, D.C. – The Medical Imaging & Technology Alliance (MITA), the Advanced Medical Technology Association (AdvaMed) and the Medical Device Manufacturers Association (MDMA) today announced that medical device manufacturers have now paid an estimated $1 billion to the Internal Revenue Service for the medical device excise tax. In reaching this threshold, the device tax has denied device manufacturers the resources that would have otherwise been available to invest in research and development (R&D), capital investments and to support good-paying jobs across America. 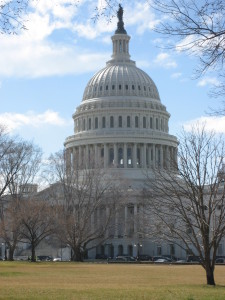 “The $1 billion threshold is frightening as every dollar spent paying for this medical device tax threatens medical innovation and American jobs,” said Gail Rodriguez, Executive Director of MITA. “MITA is pleased to see bipartisan support for repeal of the tax building in both the House and the Senate, but Congress cannot wait any longer to repeal this burdensome tax and protect jobs and essential R&D funding.”

“Repealing the device tax has strong bipartisan support and is the first step to corporate tax reform. Medical technology companies across the country are struggling to remain competitive and this tax makes their effort to grow, innovate and invest in the future that much harder,” said Stephen J. Ubl, President and CEO of AdvaMed.

“Each day that goes by with the medical device tax in effect is a major roadblock for patient care, job creation and innovation,” said Mark Leahey, President and CEO of MDMA. “This issue is a shining example where there is overwhelming bipartisan support in both chambers of Congress to right a wrong, and MDMA continues to work with all stakeholders to get repeal of this onerous policy across the finish line.”

Under the 2.3 percent tax, device manufacturers are required to pay an estimated average of $194 million per month in medical device tax payments (with a payment of approximately $97 million due semimonthly). This tax threatens a medical device industry that helps employ 2 million nationwide, generates approximately $25 billion in payroll, pays out salaries that are 40 percent higher than the national average ($58,000 vs. $42,000) and invests nearly $10 billion in R&D annually.

Bipartisan majorities in the House of Representatives and Senate have supported repeal of the device tax. In March, a bipartisan coalition of 79 Senators voted to adopt an amendment to the Fiscal Year 2014 Senate Budget Resolution to repeal the medical device tax. In the House, Reps. Erik Paulsen (R-MN) and Ron Kind (D-WI) introduced the “Protect Medical Innovation Act,” garnering a bipartisan group that has grown to 253 co-sponsors, including 34 Democrats, since introduction.