John W. Lewis, Mayor of the Town of Gilbert to receive the 2013 AZBio Public Service Award from the Arizona Bioindustry Association 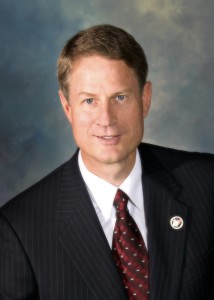 The Arizona Bioindustry Association (AZBio) announced today that John W. Lewis, Mayor of the Town of Gilbert, has been selected to receive the 2013 AZBio Public Service Award from the Arizona Bioindustry Association in recognition for his vision and leadership in creating a health and bioscience innovation strategic focus in America’s largest town. Under Mayor Lewis’s leadership, Gilbert is attracting global leaders, spurring economic development, and creating quality and high-wage life science jobs.   Mayor Lewis will be honored by bioindustry leaders at the Phoenix Convention Center during the 2013 AZBio Awards on October 10, 2013.

The AZBio Public Service Award honors the person in Arizona who provided the most outstanding leadership that contributed significantly to the development of the State’s bioindustry and/or recognition of the advancement of bioscience in Arizona.

John W. Lewis has lived in Gilbert for the last 28 years.  As Mayor of the Town of Gilbert, Arizona, Mr. Lewis has spearheaded the Town Council’s strategic initiative to focus on economic development with a major focus in life sciences.

Beginning in late 2010, The Gilbert, Arizona, Office of Real Estate & Economic Development Office, under the direction of Mayor Lewis, organized a number of citizen work groups and held numerous meetings with business and community leaders to discuss opportunities, challenges, and initiatives to enhance its economic policies, workforce development, and marketing and branding. Eliciting input from the work groups ensured that the needs of the business community were fully understood and that all stakeholders would be represented in the strategic plan. In the summer of 2011, as a result of the work group meetings, it was determined that Gilbert should focus its economic development strategy on science and technology industries with an emphasis on Biotech & Life Sciences.

This strategy is currently being implemented and is expected to result in significant economic investments in the life sciences industry in Gilbert over the next five-to-ten years.

In addition to the Gilbert strategic plan, Mayor Lewis has also supported the recruitment and location of the MD Anderson/Banner Health Cancer Center in Gilbert, the founding of the Celebration Stem Cell Centre and location of Heliae, an algae bioscience and research manufacturing center. Thanks to Mayor Lewis’s leadership, Gilbert is a great example of a city that supports and fosters biomedical and life science innovation.

The 8th Annual AZBio Awards will be held Thursday, October 10, 2013 at the Phoenix Convention Center.  In addition to the Gala Awards Luncheon from 11:30 a.m. to 2:00 p.m., the VWR Company Showcase and Student Discovery Showcase sponsored by NAU will highlight the work of Arizona’s current and future life science leaders from 10 a.m. – 11:30 a.m. and again from 2:00 p.m. – 3:00 p.m. so that attendees can see the work being done across the industry and interact with the leaders and future leaders who are driving bioindustry innovation.

In addition to honoring Mayor Lewis, the AZBio Awards will celebrate the achievements of: