Maricopa Integrated Health System (MIHS), Creighton University School of Medicine, Dignity Health St. Joseph’s Hospital and Medical Center, and District Medical Group, Inc., have announced a new alliance aimed at increasing the number of doctors and other health professionals in Arizona in order to meet the state’s growing demand for physicians and other healthcare professionals. 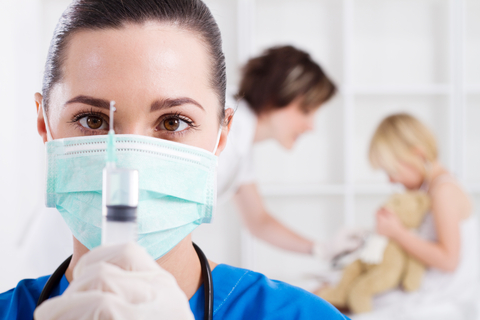 The Creighton University Arizona Health Education Alliance, which was officially launched on Sept. 1, is designed to improve and expand current health education programs offered by each of the entities. The alliance will also develop new academic and clinical education programs in medicine, nursing, pharmacy, and allied health.

Currently, Arizona ranks 32nd in the nation in active MDs per 100,000 population. As the alliance matures, officials say the goal is to expand training opportunities in residencies, fellowships, and medical student spots. Having more training opportunities increases the likelihood that more physicians and other health care professionals who have studied in Arizona will remain and practice in the state.

“MIHS has been a leader in medical education since 1952, when we began our first residency program. Today, MIHS trains more than 400 physicians a year in 12 Graduate Medical Education programs,” said Steve Purves, MIHS President and CEO. “With this affiliation, we will continue to build that reputation by increasing the numbers of doctors and other healthcare professionals who will train in Arizona and stay in Arizona.”

“With this alliance, we have the opportunity to continue to strengthen Arizona’s reputation as the home of some of the best medicine in the nation,” said Patty White, president and CEO of St. Joseph’s. “The Affiliation will enable us to increase the numbers of doctors and other healthcare professional who will want to make Arizona their home.”

St. Joseph’s and MIHS have a total of more than 400 residents and fellows who would be part of the new program. In addition, Creighton University along with the alliance partners, has an accelerated nursing program, which has received state approval to enroll students in January of 2018.

“This is an exciting partnership that brings together a university recognized for providing outstanding training for students in the health sciences and healthcare providers known for their impressive history of caring for members of the greater Phoenix community,” said Creighton President the Rev. Daniel S. Hendrickson, SJ.

Through the new alliance, Creighton’s role in Arizona will expand again, to become the sponsoring entity for the broader partnerships. While Creighton’s relationship will be enhanced, the partners will continue to offer educational training to students from other universities and programs.

“This partnership will be instrumental in providing for Arizona’s healthcare workforce needs and allowing us to continue to recruit excellent faculty for our medical students and residents,”  said Dr. Kote Chundu, President and CEO of District Medical Group, which has over 650 credentialed providers representing all the major medical and surgical specialties and subspecialties.

This story originally appeared on AZ Big Media and is republished with permission.