PHOENIX–(BUSINESS WIRE)–OncoMyx Therapeutics, a privately-held oncolytic virus immunotherapy company, today announced the appointment of Robert Williamson as Chief Business and Chief Financial Officer. Mr. Williamson has more than two decades of experience in building, financing, and leading private and public biotechnology companies through critical phases of growth. At OncoMyx, Mr. Williamson will lead the business development and financing strategies to maximize the company’s pipeline of multi-armed myxoma immunotherapies for the treatment of solid tumors and hematological malignancies. 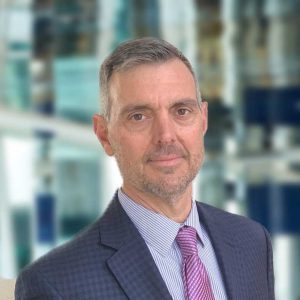 “Rob has a proven track record of establishing successful partnerships and executing financings that propel companies to the next stage,” said Steve Potts, Ph.D., MBA, cofounder and Chief Executive Officer of OncoMyx. “The addition of Rob to the team comes at a key moment for OncoMyx, as we look to advance our lead multi-armed myxoma immunotherapy into clinical trials as a novel platform to deliver multiple cancer-killing payloads in one therapeutic. I look forward to working closely with him to realize the potential of OncoMyx’s unique myxoma platform to become best-in-class components of novel immunotherapeutic regimens and to build OncoMyx into the next great oncology company that delivers lifesaving medicines for many difficult-to-treat cancers.”

“I’m impressed not only with the potential of OncoMyx’s platform to systemically deliver multiple immune-activating and anti-tumor agents, but also the team, who are industry leaders with the experience needed to advance novel targeted treatments for cancer patients into and through the clinic,” said Mr. Williamson. “Furthermore, the compelling preclinical data demonstrating efficacy and safety of the myxoma platform across a broad range of solid and liquid tumors suggests that OncoMyx has the opportunity to make significant breakthroughs in cancer therapy.”

Prior to joining OncoMyx, Mr. Williamson was the Chief Executive Officer of BioTheryX, a protein degradation therapeutics company, where he raised a $100 million crossover round and positioned the company for an initial public offering. Prior to joining BioTheryX, he served as Chief Executive Officer of both PharmAkea (acquired by Galecto) and ATXCo (acquired by Blade Therapeutics), oncology and fibrosis drug development companies financed through a partnership with Celgene. Prior to those companies, Mr. Williamson was Chief Executive Officer of Arriva Pharmaceuticals, President and Chief Operating Officer of Eos Biotechnology (acquired by Protein Design Labs), and Chief Operating Officer of DoubleTwist (acquired in part by Merck and Hitachi). Notably, Mr. Williamson served as an early Director of Pharmasset, where he helped finance, grow, and advance the company into the public markets and through its acquisition by Gilead in 2011 for $11 billion.

OncoMyx’s multi-armed myxoma virus delivers multiple antitumor immunomodulatory proteins that target critical points in the cancer immunity cycle to modulate the tumor microenvironment and stimulate a robust anti-tumor response. Myxoma is a natural oncolytic virus, selectively infecting and killing a wide range of cancer cell types. It is also inherently highly immuno-interactive, and as a large dsDNA poxvirus, can be engineered to express multiple payloads to treat cancer. Because myxoma is not pathogenic to humans, there is no pre-existing immunity, making it highly amenable to intravenous and repeat dosing.

OncoMyx Therapeutics is advancing multi-armed, systemic immunotherapies with the potential to be broadly effective in treating solid tumors and heme cancers. Successful immuno-oncology cancer treatment generally requires combination therapy, and OncoMyx’s myxoma platform is designed to deliver multiple cancer-killing payloads in one therapeutic and orchestrate an immune response capable of treating a wide range of cancers. OncoMyx has assembled a top immuno-oncology team to develop next generation immunotherapies that can have the greatest therapeutic benefit for more cancer patients. The company’s myxoma virus platform is poised to be a best-in-class oncolytic virus approach and was developed based on breakthrough research from Dr. Grant McFadden’s lab that was exclusively licensed from Arizona State University. For more information, please visit www.oncomyx.com and connect with the company on LinkedIn and Twitter.