The Phoenix City Council voted unanimously to provide seed funding for a technology medical and life science accelerator at the University of Arizona on the Phoenix Biomedical Campus.

Potentially to be called InnoVention, the accelerator would be one of 13 such school accelerators in the United States. 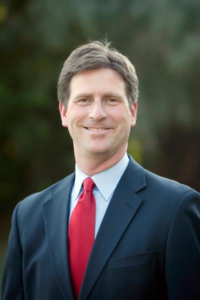 “It’s a relatively small investment that will pay big dividends,” he said. “We are bringing entrepreneurial MBA students right in the laboratory so they can work side-by-side with scientists so they can help from early stages of scientific research how that idea is being looked at so it can be brought to the marketplace as soon as possible.”

This accelerator is different from traditional tech transfer programs at universities, such as UA’s Tech Launch Arizona, which helps professors and scientists commercialize their technologies and inventions.

“This is actually having the business students in there during the scientific discovery phase,” Stanton said.

Stanton said he first got the idea when he and a group of business and community leaders with the Greater Phoenix Chamber of Commerce took a field trip to Houston in 2016 to learn best practices from Houston’s Texas Medical Center Corp.

“One of the coolest things we saw there was the co-working incubator accelerator that they had built on campus there, allowing these entrepreneurs to work with these leading medical service providers,” Stanton said.

That’s also where Stanton met Dr. Robert Robbins, who at the time was president and CEO of Texas Medical Center Corp. and who subsequently became president of UA in May 2017.

“Dr. Robbins understands the value of medical schools and obviously of the business opportunities,” Stanton said.

“Dr. Zenhausern is an amazing medical professional and he has got brilliant ideas about how to take scientific concepts to market,” Stanton said. “He wants to get these Eller College of Management students right here in the lab with them to talk about how to take scientific ideas and get them to market and bring capital investment and start to create real businesses and jobs associated with it.”

That’s one of the reasons Stanton said he invited the UA Eller College of Management to have an office on the Phoenix Biomedical Campus.

“We want business and science and medicine to work more closely together,” Stanton said.

The seed funding from the city will be a good start, Zenhausern said.

“We would love to have the community involved,” he said. “We are also thinking about bringing in a future advisory board of people from corporations and academic institutions.”