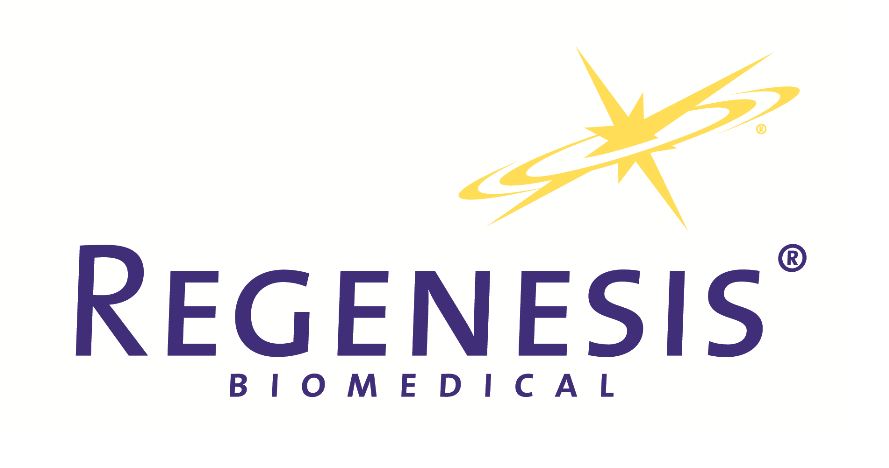 Richard Shirk has served on the Regenesis Board since 2012.  He was elected Chairman, and will continue his duties on the Clinical and Reimbursement Committee.  He replaces Mr. John Voris, who completed eight years of service.  The company sincerely thanks John for his many contributions to our growth and development.  Mr. Shirk has more than 30 years of experience in health insurance and employee benefits.  Previously, he served on the Board of Directors of Amerigroup, and as President and CEO of Blue Cross Blue Shield of Georgia.  Mr. Shirk also held senior officer positions with The Equitable Life Assurance Society, Equicor, and Cigna.  He is a graduate of Gettysburg College.

King Nelson has more than 30 years of diverse experience with medical devices.  He currently serves as President, CEO and Director of Uptake Medical, a pulmonary disease device company.  Previously, he served as President and CEO of Kerberos Proximal Solutions, which was acquired by FoxHollow, and as President and CEO of VenPro, which was acquired by Medtronic.  Prior to that, he spent 19 years with Baxterand American Hospital Supply Corporation in roles that included division President for Dade Diagnostics,Bentley Labs, and Baxter’s Perfusion Services.  Mr. Nelson currently serves on the Board of Directors for several early-stage private medical device companies.  He graduated from Texas Tech University and received an MBA from the University of Miami.

Dr. John Xenos is a graduate of the United States Military Academy at West Point, and earned his medical degree from the Georgetown University School of Medicine.  He completed his residency in orthopedic surgery at Walter Reed Army Medical Center.  He then served as the Chief of Orthopedic Surgery at Fort Benning, Georgia, where he was directly involved in the treatment of the 75th Ranger Regiment, as well as other infantry units.  Dr. Xenos followed his passion for joint replacement and completed a fellowship in adult reconstructive surgery at the Anderson Orthopedic Research Institute in Virginia.  He then returned to Walter Reed as the Director of Adult Reconstruction, where he attained the rank of Lieutenant Colonel, U.S. Army Medical Corps.  Dr Xenos is active in the American Board of Orthopedic Surgery.  He is a practicing orthopedic surgeon in Colorado.

“These solid additions to Regenesis’ senior leadership team complement the existing members of our Board and senior management,” said Scott Brooks, President and Chief Executive Officer of Regenesis Biomedical.  “We will continue our commitment to provide excellent service and support to caregivers and their patients in need of inflammatory-related pain relief, which will be reflected in growth of shareholder value.  I’m confident that these important changes will better position Regenesis to achieve our strategic goals of developing the clinical and health economics evidence necessary to expand clinician and payer adoption of Provant Therapy.”

About the Provant® Therapy System