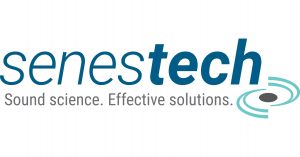 Rats in poultry facilities cause significant damage and can be hazardous to the health of flocks due to disease transmission, equipment impairment, pullet predation, loss of grain, and, in severe cases, may interrupt production. ContraPest was added to the existing integrated pest management plans at two poultry farming operations. At an egg production farm on the west coast, the rat populations were surveyed monthly using cameras for over a year to measure a reduction in rat activity throughout ContraPest treatment. On a second farm, a pullet house on the east coast, staff tracked consumption rates and economic impacts caused by rats before and after the introduction of ContraPest.

Results from both farms showed a substantial reduction in rats within six months of deployment and continued success as treatment progressed.

Overall, rodent control programs on both farms were significantly enhanced by the reduction in rat activity provided by ContraPest and the clear economic value generated.

Ken Siegel, CEO of SenesTech, commented, “While these results were from  deployments at poultry facilities, the results are immediately applicable to many other agricultural situations. Anywhere there is high quality grain, there is the potential for rat infestations, and ContraPest is now proven in the field to reduce those infestations, reduce the negative economic impact, and  improve overall food security.”

SenesTech is changing the model for pest management by targeting one of the root causes of the problem: reproduction.

ContraPest® is an innovative technology with an approach that targets the reproductive capabilities of both sexes in rat populations, inducing egg loss in female rats and impairing sperm development in males. Using a proprietary bait delivery method, ContraPest® is dispensed in a highly palatable liquid formulation that promotes sustained consumption by rat communities. ContraPest® is designed, formulated and dispensed to be low hazard for handlers and non-target species such as wildlife, livestock and pets, where the active ingredients break down rapidly.

We believe ContraPest® will establish a new paradigm in rodent control, resulting in a decreased reliance on lethal options. For more information visit the SenesTech website at www.senestech.com.

Safe Harbor StatementThe foregoing paragraphs contain forward-looking statements that involve estimates, assumptions, risks and uncertainties. Any statements about our expectations, beliefs, plans, objectives, assumptions or future events or performance are not historical facts and may be forward-looking. “Forward-looking statements” may be preceded by words such as “may,” “future,” “plan” or “planned,” “will,” “should,” “expected,” “anticipates,” “continue,” “eventually,” “believes,” or “projected.” Forward-looking statements include statements concerning continued or additional deployments or success of deployments and success of our products; the continued potential impact and effects of the COVID-19 pandemic on the Company’s business; the Company’s strategy and target marketing and markets; continuing the Company’s vision; expected benefits of the Company’s initiatives and continuation of those initiatives; the continuation or expansion of the use of ContraPest, including as a replacement for SGARs; demand for ContraPest; the Company’s expectation regarding costs, expenses and cash and continuing its cost improvement plan; future financial results; and the Company’s execution of its strategic business plan.