When you hear “surf’s up,” the last thing you might think of is a desert shrub called “guayule” (pronounced “why-oo-lee”). But technology that began with a partnership between USDA’s Agricultural Research Service (ARS) and a small Arizona-based company, Yulex Corporation, recently put wetsuits made with this daisy relative on the market that are more elastic and more comfortable than those made with conventional, petroleum-based neoprene. 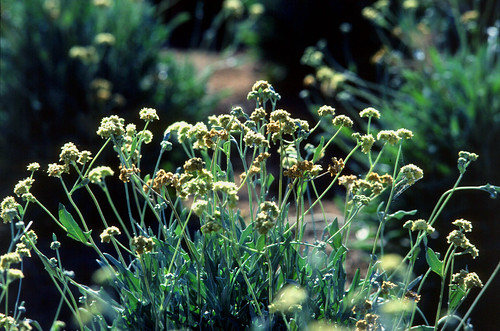 The wetsuits were created with Yulex’s guayule natural rubber by Patagonia, a high-end outdoor clothing company, which currently produces and sells the wetsuits.  They are also available from other retailers. The wetsuit—with its 60/40 guayule and petroleum-based neoprene blend—is proving to be popular. Surfer Magazine said: “It’s the cashmere of wetsuit material.”

But what guayule really represents is an opportunity for a home-grown source of natural rubber.

Americans have been looking for a native replacement for rubber for decades. Guayule’s potential to be this substitute has been known for nearly 100 years, but producing guayule rubber has never quite been commercially viable.

Then, in 1996, ARS patented a better method for extracting guayule’s latex from the plant cells, licensed it to Yulex in 2000, and then continued to work with the company in hopes of making  guayule work commercially as a rubber source.

Yulex opened its bio-refinery for processing guayule in Chandler, AZ, in 2011-2012 and began to scale up guayule rubber extraction. The first commercial product—Patagonia’s guayule blend wetsuit—hit the market in 2013.

Jeff Martin, president and CEO of Yulex, is quick to acknowledge that the company’s interactions with ARS scientists have been “critical to our success.”

Right now, it takes all of Yulex‘s guayule rubber output to fill Patagonia’s demand for wetsuit production. But Yulex has already broken ground for a bigger bio-refinery. The company has plans for more products including guayule-based natural rubber non-allergenic medical gloves.

ARS is continuing its guayule research by sequencing the shrub’s genome as well as looking at the plant’s biological and chemical mechanisms.

Both Yulex and ARS are hoping to increase efficiency by breeding plants that have more rubber or by enhancing the extraction process to improve guayule’s commercial viability.

Guayule is a renewable resource because only the top of the shrub is harvested and the rest of the plant can be allowed to regrow. It takes two years to get the first harvest, and a year for subsequent harvests, if the plant is not pulled from the ground for a new crop.

This drought-tolerant, evergreen shrub could be a welcome source of a new, green industry, especially in semi-arid regions of the U.S. Southwest, if Yulex and other guayule-based companies take off.