The Muhammad Ali Parkinson Center has named Holly A. Shill, MD, as its new Director, marking the return of one of its most admired and respected Parkinson’s physicians.

Located in downtown Phoenix, the Muhammad Ali Parkinson Center is part of the Barrow Neurological Institute at Dignity Health St. Joseph’s Hospital and Medical Center.  The Center sees more than 10,000 patient visits annually, performs more deep brain stimulation surgeries than any facility in the nation and offers extensive community outreach and education programs in both English and Spanish.

With a medical degree from the University of Arizona, Dr. Shill began her career at the hospital as a resident and later did a fellowship at Barrow in movement disorders, including Parkinson’s disease. 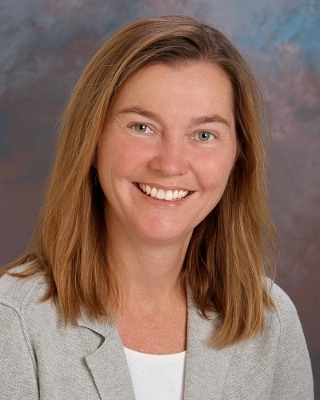 “I am delighted to have the opportunity to return and lead this amazing Center,” said Dr. Shill.  “This is the most comprehensive Parkinson’s center in the nation and I hope to help it grow and serve even more people around Arizona and the nation.”

After leaving Barrow in 1999, Dr. Shill completed a clinical fellowship at the National Institutes of Health, studying movement disorders.  For the last several years she has practiced in the Phoenix metropolitan area.

Dr. Abraham Lieberman, who founded the Center and is one of Ali’s personal physicians, is now the Center’s emeritus program director and will continue to see patients and play a vital role.

“The Muhammad Ali Parkinson Center is known around the world for its extraordinary patient treatment and care,” said Dr. Jeremy Shefner, Associate Director and Chair of Neurology at Barrow.  “We are confident that the Center will continue to grow in stature under Dr. Shill’s leadership and remain worthy of Muhammad and Lonnie Ali’s support.”

Dr. Shill’s expertise includes the diagnoses and treatment of not only Parkinson’s, but other involuntary movements, including tremor disorders, Huntington’s disease, Dystonia and Ataxia.  She is also a Research Associate Professor in the Department of Neurology,University of Arizona College of Medicine in Phoenix.

In her new leadership role, one of Dr. Shill’s main focuses will be to expand research at the Center.  “The industry is on the cusp of major breakthroughs and I want to be sure that the Center is helping to lead those accomplishments.”

Barrow Neurological Institute at Dignity Health St. Joseph’s Hospital and Medical Center is an internationally renowned medical center that offers care for people from throughout the world with brain and spine diseases, disorders and injuries. Barrow performs more neurosurgeries annually than any hospital in the United States. U.S. News & World Report routinely lists St. Joseph’s among the best hospitals in the nation for neurological and neurosurgical care.