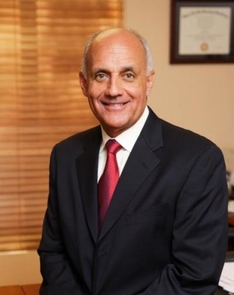 University of Arizona President Dr. Robert C. Robbins has appointed the 17th Surgeon General of the United States Dr. Richard Carmona to lead the university’s campus Reentry Task Force. As director of the task force, Carmona will head the development and execution of a return-to-campus plan for fall 2020.

In addition to being widely known as the 17th surgeon general of the United States, Carmona currently serves as a distinguished professor of public health at the University of Arizona Mel and Enid Zuckerman College of Public Health. He also holds dual roles as a professor of surgery at the College of Medicine and a professor at the College of Pharmacy, with more than 35 years on the faculty at the University of Arizona. Carmona is a physician, Vietnam veteran, and a former paramedic, nurse, deputy sheriff and public health administrator.

“Dr. Carmona has an incredible wealth of experience that includes serving as the chief public health officer in the country, and he will take immediate charge of leading this campus community through our reentry process,” Robbins said. “Dr. Carmona has been entrenched in our campus for decades and we are fortunate to have his expertise in our mix. He has unique experience and is fully invested in bringing our Wildcat family back.”

Robbins announced in April his plans to resume in-person classes Aug. 24, bringing back 45,000 students and 15,000 faculty and staff for fall 2020. The plan hinges on a three-part Test, Trace and Treat approach that will guide the task force’s work, which is already underway.

“As a longtime UA faculty member, it is my privilege to assist President Robbins by leading the UA recovery efforts,” said Carmona.

Carmona was nominated in 2002 by the president, confirmed unanimously by the U. S. Senate and served as the 17th surgeon general of the United States until his four-year term expired in July 2006.

Born and raised in New York City, Carmona dropped out of high school and enlisted in the U.S. Army in 1967. While enlisted, he received his Army General Equivalency Diploma and joined the Army’s Special Forces, ultimately becoming a combat-decorated Vietnam veteran, and began his career in medicine as a Special Forces medic.

After leaving active duty, Carmona attended Bronx Community College of the City University of New York, where he earned his Associate of Arts degree. He later attended and graduated from the University of California, San Francisco, with a Bachelor of Science degree in 1977 and a medical degree in 1979. At the UCSF Medical School, Carmona was awarded the prestigious gold-headed cane as the top graduate. He has also earned a Master of Public Health degree from the University of Arizona in 1998.

Carmona completed his surgical residency at the University of California, San Francisco, and a National Institutes of Health-sponsored fellowship in trauma, burns and critical care. He is a fellow of the American College of Surgeons and is also certified in correctional health care, quality assurance and addiction medicine.