Phoenix, AZ, Dec. 14, 2021 (GLOBE NEWSWIRE) — The Board of Trustees of the Arizona Science Center announced today that Guy Labine has been named the Hazel A. Hare President and Chief Executive Officer, effective March, 2022. Following an extensive executive search process, Labine was unanimously approved by the Board to lead Arizona Science Center into its next chapter of growth, further extending the Center’s reach and impact throughout the state.

Labine, an internationally recognized science center and economic development executive for more than 25 years, most recently served as CEO of Science North, one of Canada’s most successful science centers located in Sudbury, Ontario since 2011.

“We are thrilled to welcome Guy Labine to Arizona and the southwest as the next leader of Arizona Science Center,” said Mary K. Martuscelli, Arizona Science Center Board Chair. “Guy’s extensive operational leadership experience, coupled with his strategic understanding of how to reach diverse communities in meaningful ways, will enable us to take our informal science education programming and services to the next level as we strengthen and deepen our impact and community connection,” Martuscelli noted. 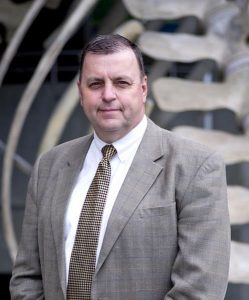 As CEO of Science North, one of Canada’s largest and most successful science centers, Labine is credited with securing $50 million in funding for programs and new visitor experiences, leading the expansion of Science North’s work with First Nation communities and Indigenous People, and developing science festivals in four Northern Ontario communities. Labine, a strong team leader and mentor to others in his field, also created the Northern Leadership Program, a community-based, year-long leadership program for current and emerging senior executives now in its 8th cohort with 150 alumni.

Labine is also a strong believer in the power of film and multimedia products to communicate the excitement of science and create engaging, entertaining and educational experiences. He led funding efforts and opened Canada’s third digital laser IMAX Theatre at Science North and is the executive producer of the IMAX films “Wonders of the Arctic” and the forthcoming “Jane Goodall’s Reasons for Hope,” a documentary grounded in Jane Goodall’s philosophy of hope, drawing on historical footage of her early primate research and her current work as a global advocate for environmental and wildlife conservation.

“I have long admired the work of Arizona Science Center and am grateful for the opportunity to work with an amazing Board and lead its strong team,” said Labine. “Increasing access to science learning opportunities for more kids and adults and engaging the local community in the wonders of science have been a driving force in my career, and I can’t wait to get started in Arizona.”

Labine also brings strong ties from his leadership experience with the international science center community. He chaired the global Association of Science and Technology Centers (ASTC) from 2017-2019 and completed his terms as Past Chair in October. Labine has also led the Canadian Association of Science Center’s board and is a recipient of the 2011 Community Builders Award for Economic Development.  While at the helm of Science North, he also led international efforts to advance science learning through  work with science centers in Singapore, Hong Kong and China. He also spearheaded the creation of an interactive film theater with Denmark’s Experimentarium in Hellerup, near Copenhagen.