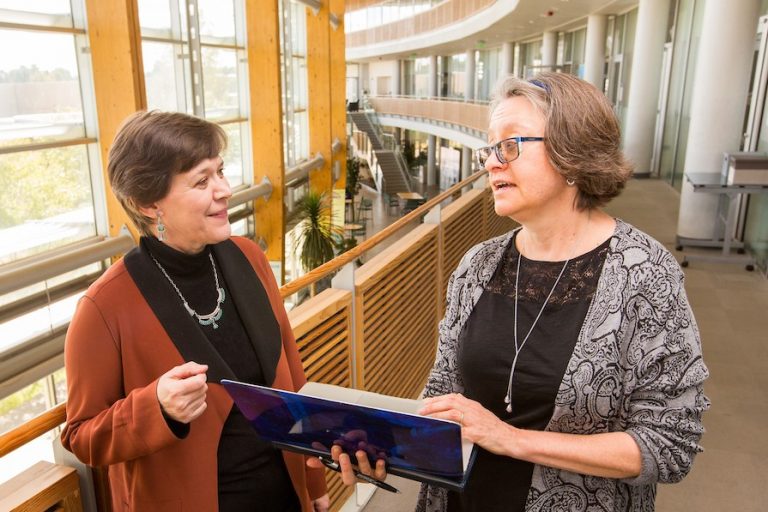 By Kerry Bennett
Office of the Vice President for Research

A region of vast expanses and unparalleled natural beauty, the southwestern United States is a land of harsh socioeconomic realities for many, especially for underserved Native American and Hispanic populations. The Southwest has some of the highest poverty rates in the country, some of the lowest rates of health care access and a widespread incidence of serious chronic diseases, infectious diseases and behavioral health problems.

Health disparities—defined by Healthy People 2020 as “a particular type of health difference that is closely linked with social, economic and/or environmental disadvantage”—are one of the most compelling social issues facing the region today, say researchers. Building on its long history of serving underrepresented populations in Arizona and beyond, Northern Arizona University has established a new research center underscoring its ongoing commitment to addressing these health disparities.

Funded for the next five years through a $21.4 million grant from the National Institute on Minority Health and Health Disparities, NAU’s Southwest Health Equity Research Collaborative (SHERC) will focus on increasing the university’s basic biomedical, clinical and behavioral research capacity to address health disparities among diverse populations of the region. Among the largest grants received at NAU, the SHERC grant will give NAU the ability to make significant strides in these areas.

Professor Julie Baldwin, director of the Center for Health Equity Research (CHER), and professor DianeStearns, associate vice president for research, will co-lead the collaborative center. SHERC, which will be housed within CHER, will offer researchers development opportunities that will help grow NAU’s research capability in the health sciences.

“NAU has a strong commitment to groundbreaking research that can help people live better, healthier lives, and I’m pleased the NIH recognized that commitment and the hard work of Dr. Baldwin and Dr. Stearns,” NAU President Rita Cheng said. “These researchers are already making great strides in adding to the knowledge in their respective fields, and I’m looking forward to the collaborations this funding makes possible and how it will build on their already powerful results.”

NAU has always been dedicated to serving the community, so the new center is exciting, Stearns said.

“There are so many different factors causing health disparities in the Southwest, including socioeconomic factors, environmental exposures, access to care and cultural components of lifestyle choices,” she said. “This new initiative will give us the resources we need to find useful solutions to these problems.”

Stearns credited President Cheng’s efforts to recruit research-intensive faculty with NAU’s successful bid for the multimillion-dollar grant. Since arriving at NAU in 2014, the president has supported an initiative to identify and recruit high-impact, nationally known scholars in ecosystem and climate science, environmental health, health equity, cybersecurity and advanced materials.

“Bringing Julie Baldwin to NAU—as well as her colleagues, professor Nicolette Teufel-Shone and associate professor Samantha Sabo—made us competitive for this grant. It demonstrates how well Dr. Cheng’s direction is paying off,” Stearns said.

“We are truly grateful to President Cheng for her strong institutional support of this center and for her vision to elevate health equity as a major research agenda at NAU,” Baldwin added. “We are so fortunate to have such talented researchers at NAU, and dedicated community partners who are eager to work with us to attain the highest level of health for all people in our region.”

SHERC will be comprised of five cores directed by established researchers:

“In the first five years, we will increase research capacity in the areas of environmental and community health, building on a strong research base at NAU,” Baldwin said. “Over time, SHERC will work closely with community partners to expand capacity to address health disparities in chronic and infectious diseases, as well as high-priority behavioral health conditions.”

Initial projects
SHERC is funded to conduct five initial research projects, all of which tackle some of the most pressing health problems facing populations in the Southwest; additional pilot projects will be developed using the funding as seed money: