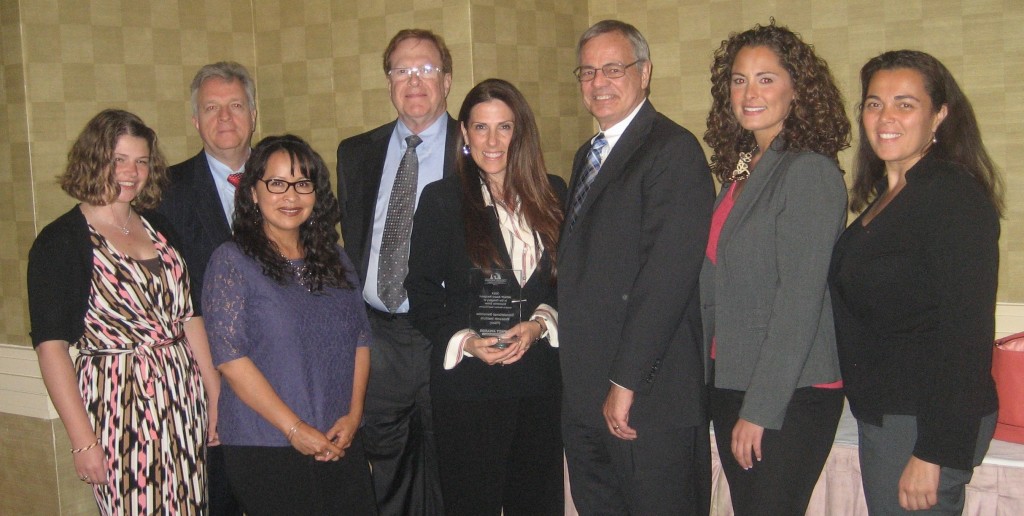 The Translational Genomics Research Institute (TGen) has a total annual economic impact on Arizona that has risen eight-fold over 8 years, according to an independent financial report released today.

Promised Economic Benefits: Positive Economic Benefits of TGen on the State of Arizona, produced by the independent auditing firm Tripp Umbach of Pittsburgh, shows that TGen is responsible for:

•    Producing a total annual economic impact — including commercial activities — of $174 million
•    Returning $8.7 million in annual tax revenues to the State of Arizona general fund, exceeding its historic 2:1 return on investment
•    Providing a rate of return in the form of direct economic impact of $46.50 for every $1 invested by the state
•    Creating more than 1,400 jobs

“As the anchor for the Phoenix Biomedical Campus, TGen is a vital economic engine that provides a significant return on investment to the State of Arizona,” said Arizona Governor Doug Ducey.

This analysis of TGen’s economic impact for 2014, the last full fiscal year, is the fourth conducted for TGen by Tripp Umbach. Others were completed for fiscal years 2006, 2009, and 2011.

One of the most important findings in the new report from Tripp Umbach is that, even in an increasingly competitive funding environment, TGen’s economic impact has increased significantly since 2010.

The total annual operational economic impact of TGen grew to $174 million in 2014, from $137 million in 2010, an increase of more than 27 percent. Meantime, research funding from the National Institutes of Health (NIH) is an estimated 25 percent less in 2014, than in 2003, when converted to constant dollars.

According to the report, the combined economic impact of TGen’s operations, the commercialization of research conducted through TGen partnerships, and the operations of TGen-related business spin-offs, represents a significant contribution to Arizona’s economy.

TGen creates “highly-compensated, knowledge-based” jobs, according to the report, directly and indirectly generating full-time employment for 664 Arizona residents. Including the employment from spin-off companies TGen was responsible for more Arizona jobs in 2014 (1,428), than in 2010 (1,124).

In addition, the $93 million annually in direct economic impact from TGen operations represents a return on investment of $46.50 for every $1 invested by the state.

TGen has developed a national, and international, reputation for its pioneering work and is emulated broadly across the personalized medicine field.

Because of TGen, Arizona is recognized as a desirable location for biomedical investment. Multiple companies have formed as a result of the commercialization of research performed at TGen, generating additional economic and employment impacts for the state.

To continue these positive returns, the report concludes that it would benefit the State of Arizona to continue support of TGen, as the institute leads the translational research industry and the application of genomics to patient care.

“It is a testament to the value and resilience of TGen that its economic and employment impacts have grown, even in an increasingly competitive environment,” said Todd Sanders, President and CEO of the Greater Phoenix Chamber of Commerce, which awarded TGen with its 2014 Economic Driver IMPACT Award. “As a home-grown enterprise, TGen is a vital catalyst for Arizona’s continuing transformation as a national center for biomedical innovations, and deserves continued support by the state.”

IMPLAN Model
Tripp Umbach used IMPLAN economic impact analysis to determine the economic, employment, and tax impact of TGen, and TGen business spin-offs, to the Arizona economy. The IMPLAN model, which is licensed by the Minnesota IMPLAN Group Inc., was developed over a period of eight years at the University of Minnesota. IMPLAN is used by more than 500 universities and government agencies to estimate the economic and fiscal impacts of investments or changes in industry employment.