This article was previously was published on February 1, 2017 by AZ Business Magazine (Republished with permission.) 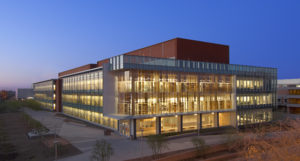 Lasting economic impact, the kind that spans generations and creates jobs today and in the future, depends on a series of strategic investments and commitments made by both the public sector and the private sectors.

AZBio applauds Governor Doug Ducey for his foresight and commitment to the future of Arizona as demonstrated by his plan to let our three state universities apply sales tax revenue that they create to support up to $1 billion in bonding for research and development and deferred maintenance construction projects.

This plan would support Arizona State University, Northern Arizona University and the University of Arizona in their efforts to expand R&D labs and facilities.

ASU paid about $15 million in state sales tax in fiscal 2016; UA paid nearly $14 million and NAU nearly $6 million. Regent Rick Myers has stated that Arizona is one of only six states that require public universities to pay state sales tax. The other states are Arkansas, California, Hawaii, South Carolina and Washington.

Strategic investment can yield lasting results through the growth of Arizona’s Life Science and Healthcare sector.

In 2003, a $500 million strategic investment by the State of Arizona into university infrastructure began an era of industry growth that has reportedly resulted in a 7:1 return on investment or $3.5 billion.

Since the creation of these facilities, Arizona’s Bioscience Industry has grown. Jobs in bioscience related fields have increased by 49 percent, nearly four times greater than the nation. While not every one of these jobs is directly related to our university research infrastructure, all of them depend on both it and the credibility is gives to our growing bioscience sector which in 2014 again moved up in the national rankings.

Just one of the facilities that was a result of that investment, Arizona State University’s Biodesign Institute, delivered an economic impact of $1.5 billion in its first decade of operation, per a study by the Seidman Research Institute at ASU’s W. P. Carey School of Business.

The economic impact of the overall biomedical campus in downtown Phoenix in 2013 was nearly $1.3 billion, of which $961 million is attributed to the UA College of Medicine – Phoenix presence. In 2013, the academic medical center accounted for 9,355 direct and indirect jobs.

Governor Ducey’s budget proposal doubles down on that investment by our three state universities by authorizing them apply the sales tax revenue that they create for as much as $1 billion in bonding for research and development and deferred maintenance construction projects.

It is projected that the short-term return over the construction phase in the first three years would yield $2.7 billion in economic impact and a 5:1 return in the first 5 to 7 years following construction. Adding it up, that’s $7.7 billion of economic impact the first 10 years. Long term the investment would enable the universities to achieve an increase in extramural research funding (that’s federal and private sector research investment) of an additional one billion dollars each year by 2020.

In addition to making needed building repairs, the Arizona Board of Regents has set an aggressive goal of increasing research funding for Arizona’s public universities from $1.1 billion a year to $1.6 billion a year by 2025. This funding comes into the universities from grant writing institutions, the federal government and industry. ABOR President Eileen Klein has been quoted as stating, “That won’t happen without investments in research buildings.”

Other states are making similar investments. Massachusetts made theirs in 2008 with a billion-dollar life science initiative. North Carolina has similarly invested $1.2 billion over the last decade. New York State announced at the end of 2016 that their new $650 million life science initiative would support new life science infrastructure across the state. The following day, the Mayor of New York announced an additional $500 million initiative for New York City. Not surprisingly, these states rank in the top five for both company growth and employment in the national life science rankings.

States are not the only players on the field in the game of life science R&D investment. Per PhRMA, biopharmaceutical companies invested over $58.8 billion in R&D in 2015 alone and over half a trillion dollars since the year 2000. Medical technology companies add to that number. MedTech Global R&D spending was $22.9 billion in 2013 and is expected to grow by 4.2 percent (CAGR) to $30.5 billion by 2020.

Making strategic investments in our university research infrastructure is more than just about money and the economy. The long-term impact will be a combination of innovations that will allow us to take offensive positions in diagnosing and curing disease, defensive positions in controlling healthcare costs, and get us to the goal in creating high paying jobs today and tomorrow.

Arizona has an opportunity to take its place as a player globally and super charge our economy.