On behalf of the Arizona BioIndustry Association (AZBIO), I appreciate the opportunity to submit  comments to the Food and Drug Administration’s (FDA’s) Center for Devices and  Radiological Health (CDRH) on the Institute of Medicine’s (IOM’s) report,  “Medical Devices and the Public’s Health: The FDA 510(k) Clearance Process at  35 Years” (Docket No. FDA-2011-N-0556). END_OF_DOCUMENT_TOKEN_TO_BE_REPLACED

The Arizona BioIndustry is Moving Forward Faster in 2011

END_OF_DOCUMENT_TOKEN_TO_BE_REPLACED

PMWC 2012′s “Into The Clinic” session delves into both companies’ and clinicians’ perspectives with a particular focus on the benefits that patients presently gain from Personalized Medicine, as well as on approaches arriving in the near future.

This is one of six sessions showcased in the PMWC 2012 program.    Join AZBio and come build your knowledge-base by interacting with Personalized Medicine’s VIP players …only at the PMWC 2012.

Patrick Soon-Shiong, chairman and CEO of National LambdaRail, announced the appointment of ASU President Michael M. Crow as head of a new Chairman’s Advisory Council.Aided by a $100 million guarantee from the Chan Soon-Shiong Institute for Advanced Health to upgrade and extend its network to support big science projects, the council will help guide the new mission of National LambdaRail, the 12,000-mile-high-performance communications network linking the nation’s leading research institutions. END_OF_DOCUMENT_TOKEN_TO_BE_REPLACED

Regenesis Biomedical to Participate in the AdvaMed 2011 MedTech Conference:  Selected to present in the Wound Management category and serve as a panelist on Emerging Growth Companies. 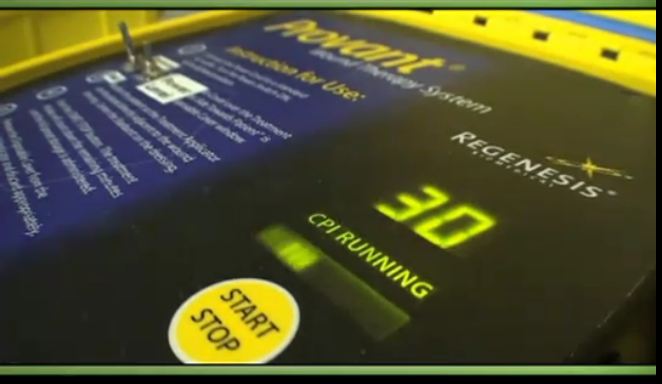 Scottsdale, Arizona, September 5, 2011 — Regenesis Biomedical, Inc., a medical technology company focused on regenerative medicine, announced today that it was selected to present at the AdvaMed 2011 MedTech conference. Regenesis presents in the Wound Management category. The aim of the conference is to connect companies that have an innovative medical technology to parties interested in investing capital, partnering, or initiating strategic alliances. END_OF_DOCUMENT_TOKEN_TO_BE_REPLACED

It’s  two weeks before the new Banner MD Anderson Cancer Center opens for       patients, but its new appointment calendar is filling quickly. The early       interest has Banner Health CEO Peter Fine and his staff talking about plans to expand the facility, which is 133,000 square feet. But Fine acknowledges that metro Phoenix patients will be the ultimate judge of how quickly the center grows.

Gowan Company of Yuma has reached an agreement with EcoFlora, a company in Colombia, to create a joint venture called EcoFlora AGRO. Through this       joint venture, Gowan Company and its global marketing companies will be       the exclusive partner in developing, registering, and marketing EcoFlora’s current unique plant extract based portfolio and their robust product pipeline.

Rick Shangraw has seen technology and growth from both the public and private
sectors. Shangraw currently heads up Arizona State University’s Office of       Knowledge Enterprise Development, which is designed to take the best of the university’s ideas and turn them into commercial realities.

The  City of Phoenix approved a proposal Wednesday for the construction of a     $17 million parking garage downtown. The Boyer Company gained approval as    the real-estate developer for the garage, which will serve the growing Phoenix Biomedical Campus and will be on the southeast corner of Fillmore and Fifth streets. Construction is scheduled to start in November 2012 and be complete by early February 2014.

Since the enactment of the American Recovery and Reinvestment Act of 2009, the U.S. Department of Health and Human Services has made $2.6 billion in       stimulus funds available in Arizona. Of that, $2.2 billion went for the       increased federal share of state Medicaid costs, while another $106 million went to scientific research, facilities and equipment.

The Innovations Technology Incubator is part of Chandler’s mission to create       high-wage jobs for residents. The idea is to grow and foster ideas in science and technology. Once that happens, entrepreneurs would leave Innovations to buy or lease buildings, purchase equipment and create jobs in Chandler. Christine Mackay, Chandler’s economic-development director, says the city has been approached by new companies and existing tenants that need more space. The current facility is 100 percent occupied.

The University of Arizona is adding two new research buildings on the north       side of Speedway to its wish list. Capital improvement plans were approved by an Arizona Board of Regents committee on Thursday. A proposed $85 million bioscience lab facility would be built near the Bio5 building  for disease research.

What if there was a way for doctors to know what diseases their patients were       susceptible to before they even showed symptoms? Two Biodesign Institute       researchers have been awarded more than $5 million in grants to further       pursue research into a cutting edge technology to sequence an individual’s genetic information, or genome.

On the morning of September 11, 2001, Paul Keim was out for a run with his  dog on Observatory Mesa, oblivious to the events unfolding along the eastern  seaboard.

He was training for a marathon that he would never run.

Within weeks, he would be sitting on the hood of his Toyota on the tarmac at  Flagstaff Pulliam Airport when a blonde woman walked off a Gulfstream jet and  handed him a package.

“Dr. Keim, this is the anthrax,” she told him.   Read more at the Arizona Daily Sun

WASHINGTON,D.C. –The medical device tax, if implemented, could cost tens of thousands of jobs, almost double the industry’s total taxes, raise the effective tax rate to among the highest in the world, and harm U.S. competiveness, according to a study released today by the Advanced Medical Technology Association (AdvaMed).  The new study, “Employment Effects of the New Excise Tax on the Medical Device Industry,” by Manhattan Institute senior fellow Diana Furchtgott-Roth and Hudson Institute senior fellow Harold Furchtgott-Roth, outlines a number of economic harms likely to result from the tax. END_OF_DOCUMENT_TOKEN_TO_BE_REPLACED