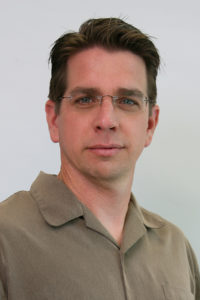 Dr. David Engelthaler
Director of TGen North
and the TGen One Health Collaborative

TGen North, the Pathogen and Microbiome Division of the Translational Genomics Research Institute (TGen), has partnered with the non-profit NARBHA Institute to advance human health through the new TGen One Health Collaborative, an initiative that recognizes the interdependence of people, animals and plants in both the human-built and natural environments.

TGen is an affiliate of City of Hope.

Microbial pathogens — the bacteria, viruses, fungi and parasites that can make you sick and even kill you — often know no particular biological boundaries.

Understanding that all living systems share the microbial universe, the TGen One Health Collaborative, funded through the NARBHA Institute, leverages the expertise of TGen North scientists to address today’s health challenges in a holistic manner.

These challenges include tracking the cause and source of disease outbreaks, antibiotic resistance, hospital-acquired infections, microbial evolution, pathogen dispersal, and emerging infections.

“Our One Health initiative seeks to understand the larger health problems of our time through a comprehensive approach to studying human health, both in clinical medicine and public health; in relationship to the environment, including water systems, agriculture and natural ecosystems; and in concert with animals, be they pets, farm and ranch livestock, or wildlife,” said Dr. David Engelthaler, Director of TGen North and the TGen One Health Collaborative.

The NARBHA Institute — formerly known as the Northern Arizona Regional Behavioral Health Authority — has been a major community force in Northern Arizona for more than half a century. It changed its name in 2015 to reflect its expanded mission of promoting human health and wellness, and addressing chronic disease, hunger, homelessness, housing, work force development, and sustainable economic development.

“The NARBHA Institute is thrilled to be working with TGen on this important initiative. We know that health is not just about the human condition, but rather a complex set of interactions between us and the world around us. The One Health Collaborative is an innovative strategy to be more holistic in our understanding of the health ecosystem,” said Mary Jo Gregory, NARBHA Institute President and Chief Executive Officer.

Examples of research areas that would be covered by the TGen One Health Collaborative:

Antimicrobial resistance caused by the indiscriminant or inefficient use of antibiotics in healthcare facilities and in agriculture. TGen is devising systems to track antibiotic resistance in hospitals, communities, ranches, farms, grocery stores and various water sources.

Emerging infectious diseases, such as Canine River Blindness (CRB), which is caused by a parasitic worm known as Onchocerca lupi. The CRB parasite has recently caused a handful of human infections and TGen researchers have identified it in wild coyote populations in northeastern Arizona’s Navajo and Apache counties.
Outbreaks of the potentially deadly West Nile Virus, which since its spread to Arizona by birds and mosquitoes in 1999 has become endemic, infecting wildlife, domestic horses and humans. TGen technology is being used to track the continual movement of this pathogen throughout the Southwest.

TGen is now tracking the Valley Fever fungus not only in humans and dogs, but also in the air to help public health agencies better understand the connection between the fungus’ ecology and human exposure.

TGen and the NARBHA Institute will coordinate the One Health Collaborative, which will include clinicians, public health officials, veterinarians, wildlife managers, environmental scientists and academic researchers.

“While One Health is not a completely new concept, we are developing a novel strategy to link various One Health resources in Arizona and throughout the Southwest that we hope will be a model for the nation,” Engelthaler said.

About TGen
Translational Genomics Research Institute (TGen) is a Phoenix, Arizona-based non-profit organization dedicated to conducting groundbreaking research with life changing results. TGen is affiliated with City of Hope, a world-renowned independent research and cancer and diabetes treatment center: www.cityofhope.org. This precision medicine affiliation enables both institutes to complement each other in research and patient care, with City of Hope providing a significant clinical setting to advance scientific discoveries made by TGen. TGen is focused on helping patients with neurological disorders, cancer, diabetes, and infectious diseases, through cutting edge translational research (the process of rapidly moving research towards patient benefit). TGen physicians and scientists work to unravel the genetic components of both common and rare complex diseases in adults and children. Working with collaborators in the scientific and medical communities literally worldwide, TGen makes a substantial contribution to help our patients through efficiency and effectiveness of the translational process. For more information, visit: www.tgen.org.

About the NARBHA Institute
The NARBHA Institute seeks to advance wellbeing and integrated health through a resilient population health ecosystem. The Institute endeavors to build trust, steward sustainability, and empower growth through inclusive, collaborative solutions that are holistic, asset-oriented, and address the health needs of the diverse populations in our community.